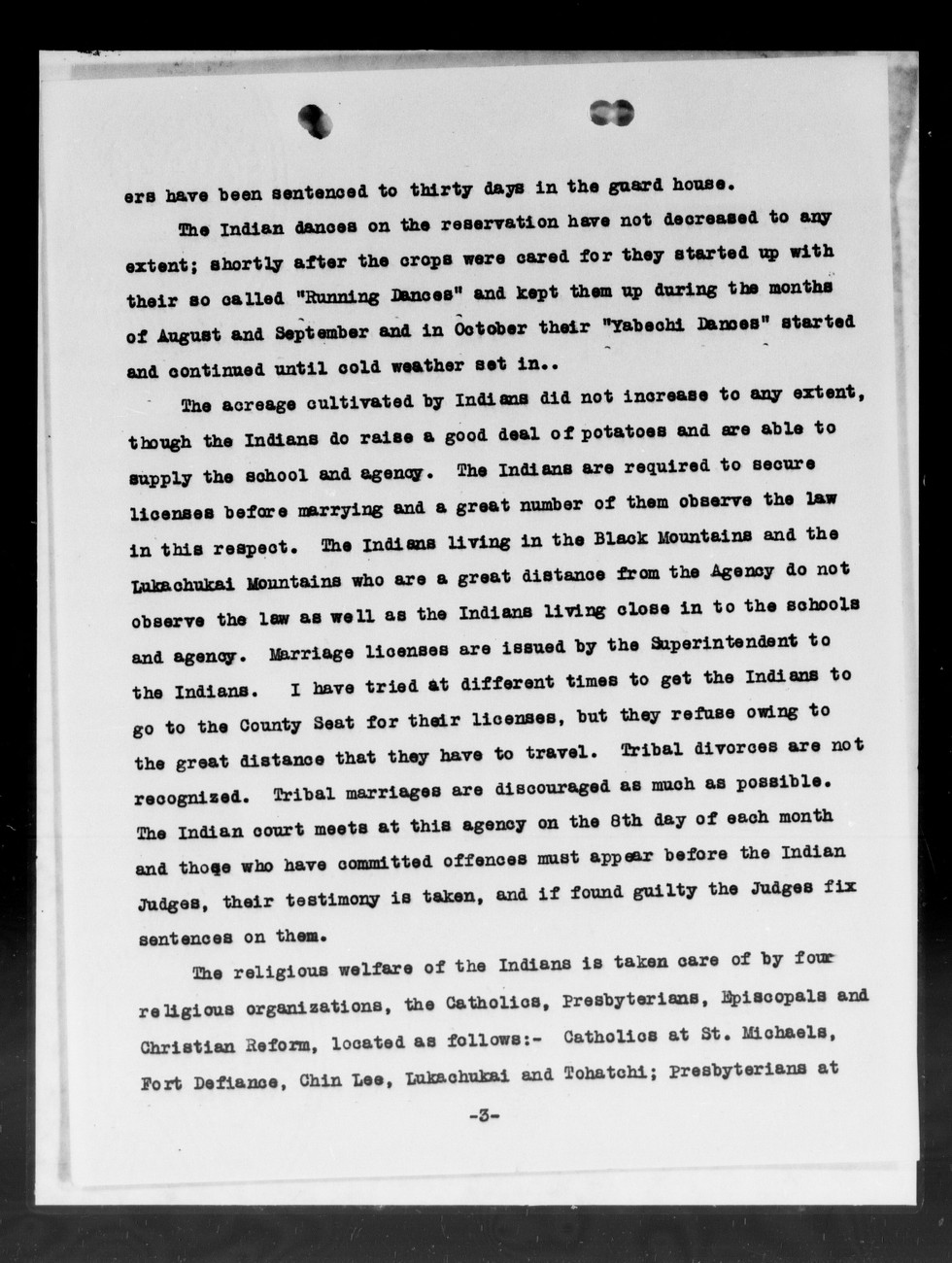 Can you help improve this?
ers have been sentenced to thirty days in the guard house. The Indian dances on the reservation have not decreased to any extent; shortly after the crops were cared for they started up with their so called" Running Dano os" and kept them up during the months of August and September and in October their" Yeboohi Demos" started and continued until cold weather set in.. The acreage cultivated by Indi Me did not increase to any extent, though the Indians do raise a good deal of potatoes and are able to supply the sahool and agency. The Indians are required to secure license8 before marrying and a great number of them observe the law in this respect. The Indians living in the Black Mountains and the Luka chukai Mountains who are a great distance from the Agency do not observe the law as well as the Indians living close in to the schools and agency. Marriage licenses are issued by the Superintendent to the Indians. I have tried at different times to get the Indians to go to the County Seat for their licenses, but they refuse owing to the great distance that they have to travel. Tribal divorces are not recognized. Tribal marriages are discouraged as much as possible. The Indian court meets at this agency on the 8th day of each month and thoge who have committed offences must appear before the Indian Judges, their testimony is taken, and if found guilty the Judges fix sentences on them. The religious welfare of the Indians is taken care of by for religious organizations, the Catholics, Presbyterians, Episcopale and Christian Reform, located as follows:- Catholics at St. Michaels, Fort Defiance, Chin Lee, Luka chukai and Tohatchi; Presbyterians at - 3-