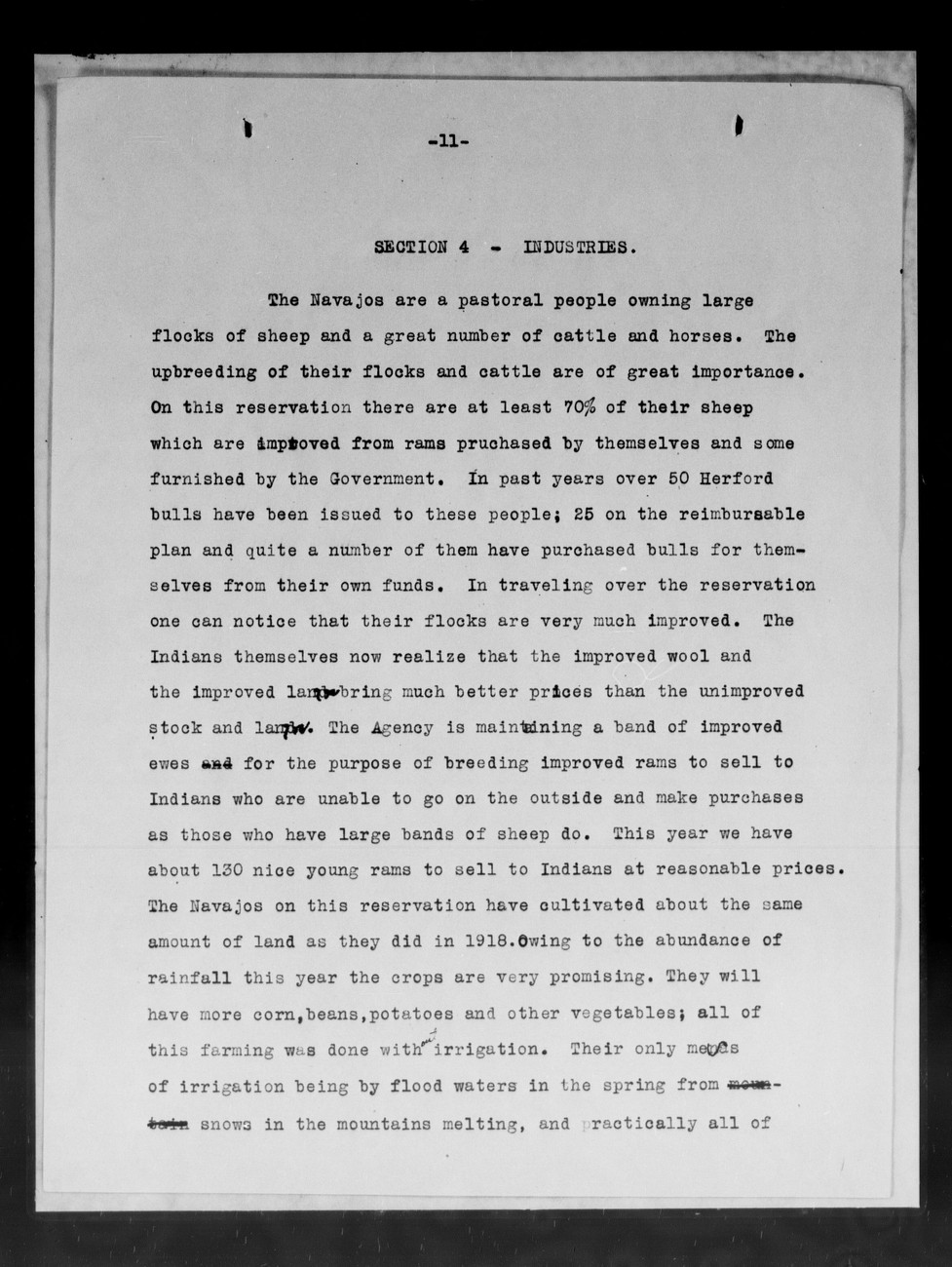 Can you help improve this?
- 11 SECTION 4- INDUSTRIES. The Navajos are a pastoral people owning large flocks of sheep and a great number of cattle and horses. The upbreeding of their flocks and cattle are of great importance. On this reservation there are at least 70% of their sheep which are improved from rams pruchased by themselves and some furnished by the Government. In past years over 50 Herford bulls have been issued to these people; 25 on the reimbursable plan and quite a number of them have purchased bulls for them selves from their own funds. In traveling over the reservation one can notice that their flocks are very much improved. The Indians themselves now realize that the improved wool and the improved largbwbring much better prices than the unimproved stock and larmiw. The Agency is maintaining a band of improved ewes and for the purpose of breeding improved rams to sell to Indians who are unable to go on the outside and make purchases as those who have large bands of sheep do. This year we have about 130 nice young rams to sell to Indians at reasonable prices. The Nava jos on this reservation have cultivated about the same amount of land as they did in 1918. Owing to the abundance of rainfall this year the crops are very promising. They will have more corn, beans, potatoes and other vegetables; all of this farming was done with irrigation. Their only mevas of irrigation being by flood waters in the spring from neur toi snows in the mountains melting, and practically all of