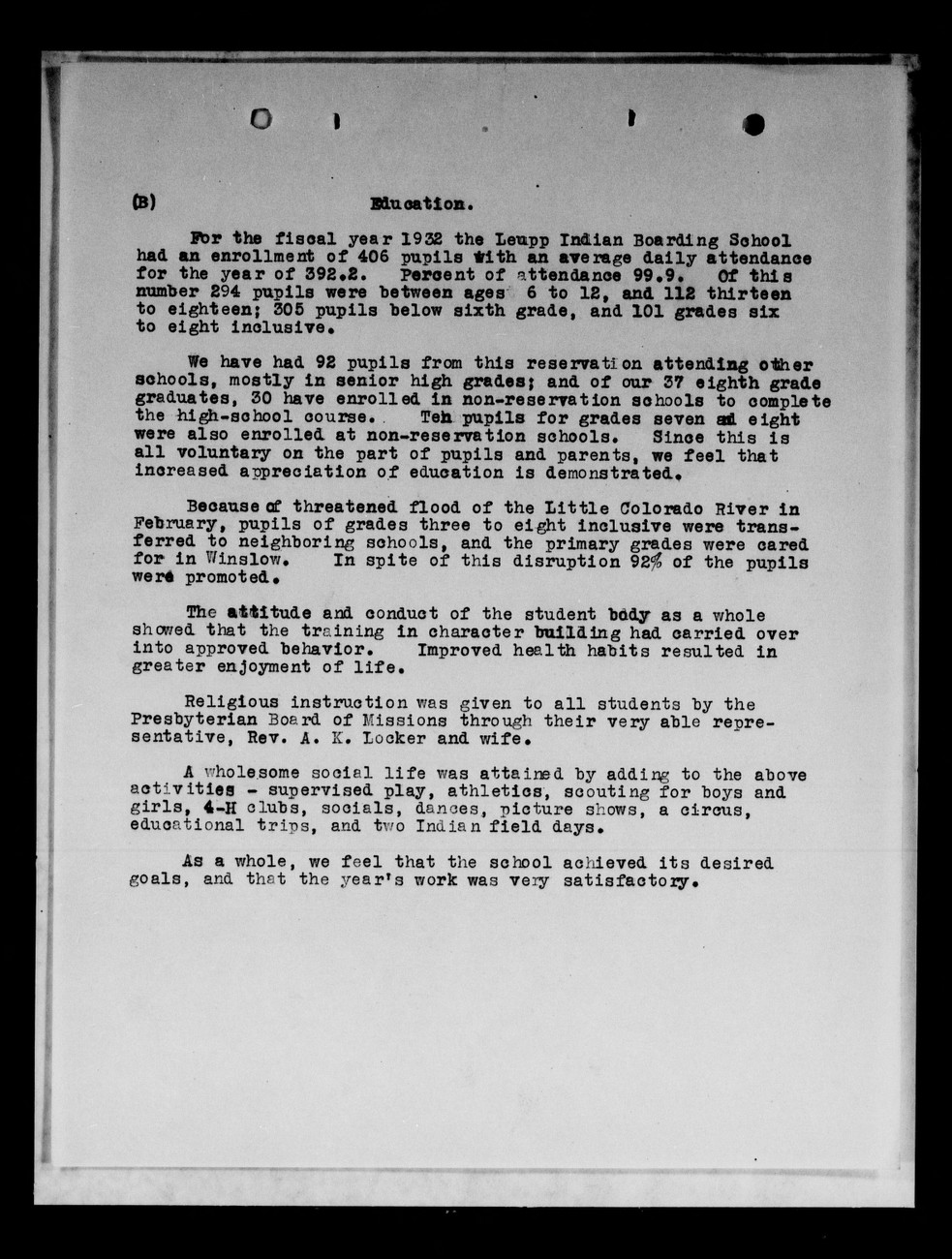 Can you help improve this?
B) Education. For the fiscal year 1932 the Leupp Indian Boarding School had an enrollment of 406 pupils tith an average daily attendance for the year of 392. 2. Percent of attendance 99. 9. Of this number 294 pupils were between ages 6 to 12, and 112 thirteen to eighteen; 305 pupils below sixth grade, and 101 grades six to eight inclusive. We have had 92 pupils from this reservation attending other schools, mostly in senior high grades; and of our 37 eighth grade graduates, 30 ha ve enrolled in non- reservation schools to complete the high- school course.. Teh pupils for grades seven and eight were also enrolled at non- reservation schools. Since this is all voluntary on the part of pupils and parents, we feel that inorea sed appreciation of education is demonstrated, Because of threatened flood of the Little Colorado River in February, pupils of grades three to eight inclusive were trans ferred to neighboring schools, and the primary grades were ca red for in Winslow. In spite of this disruption 92% of the pupils were promoted The attitude and conduct of the student body as a whole showed that the training in character building had carried over into approved behavior. Improved health habits resulted in greater en joyment of life. Religious instruction was given to all students by the Presbyterian Board of Missions through their very able repre sentative, Rev. A. K. Locker and wife. A wholesome social life was attained by adding to the above activities- supervised play, athletics, scouting for boys and girls, 4- H clubs, socials, dances, picture shows, a circus, educational trips, and two Indian field days. As a whole, we feel that the school achieved its desired goals, and that the year' s work was very satisfactory.