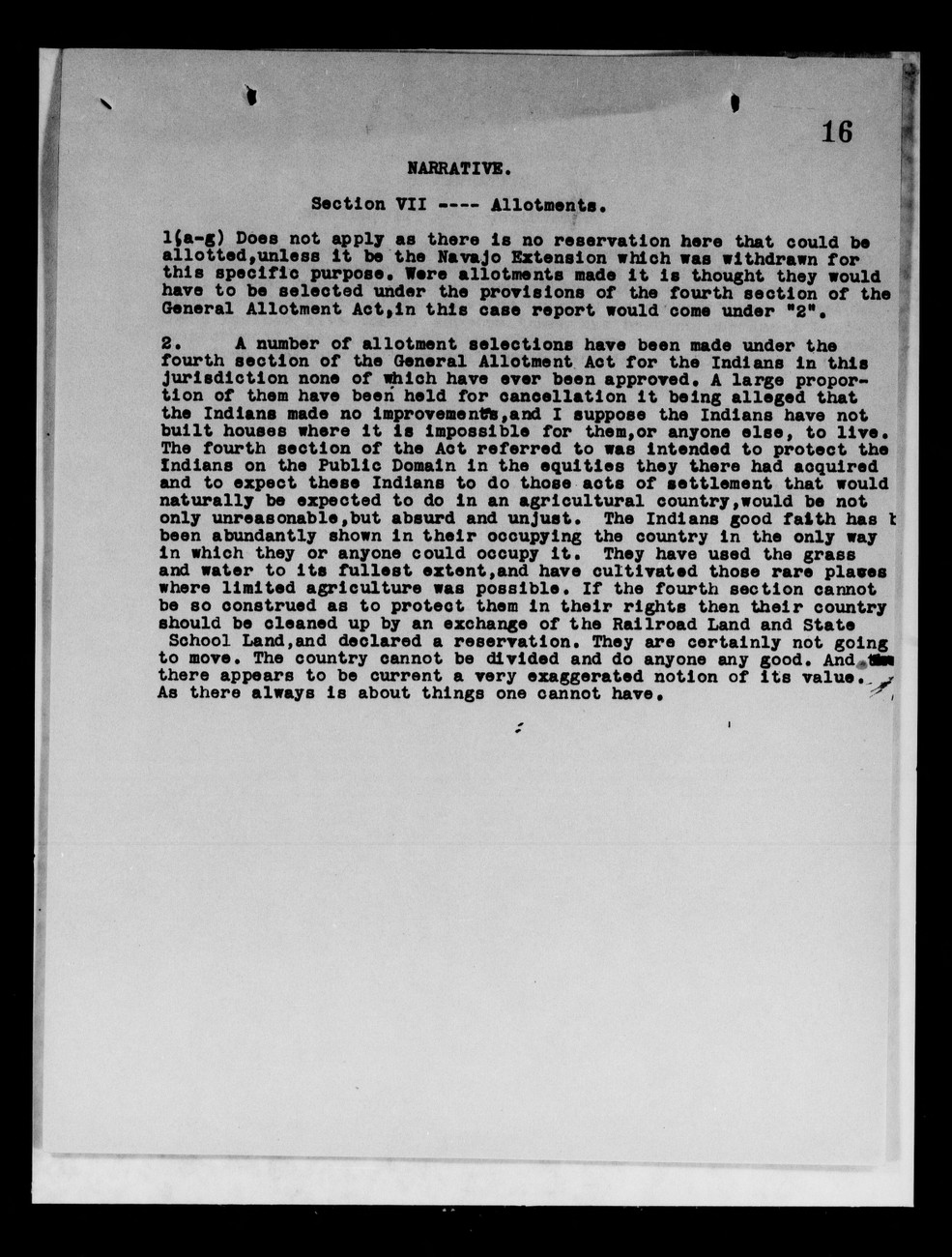 Can you help improve this?
2. 16 NARRATIVE. Section VII---- Allotments. 15a- 6) Does not apply as there is no reservation here that could be allotted, unless it be the Navajo Extension which was withdrawn for this specific purpo80, Wore allotments made it is thought they would have to be selected under the provisions of the fourth section of the General Allotment Act, in this case report would come under" 2". A number of allotment selections have been made under the fourth section of the General Allotment Act for the Indians in this jurisdiction none of which have ever been approved. A large propor tion of them have been hold for cancellation it being alleged that the Indians made no improvements, and I suppose the Indians have not built houses where it is impossible for them, or anyone else, to live. The fourth section of the Act referred to was intended to protect the Indians on the Public Domain in the equitios thoy there had acquired and to expect the Be Indians to do those acts of settlement that would naturally be expected to do in an agricultural country, would be not only unreasonabilo, but absurd and unjust. The Indians good faith has t been abundantly shown in their occupying the country in the only way in which they or anyone could occupy 1t. They have used the grass and water to its fullost oztont, and have cultivated those raro platos where limited agriculture was possible. If the fourth section cannot be 80 construed as to protect them in their rights then their country should be cloaned up by an exchange of the Railroad Land and State School Land, and declared a reservation. They are certainly not going to move. The country cannot be divided and do anyone any good. And there appears to be current a very exaggerated notion of its valuo. As there always is about things one cannot have.