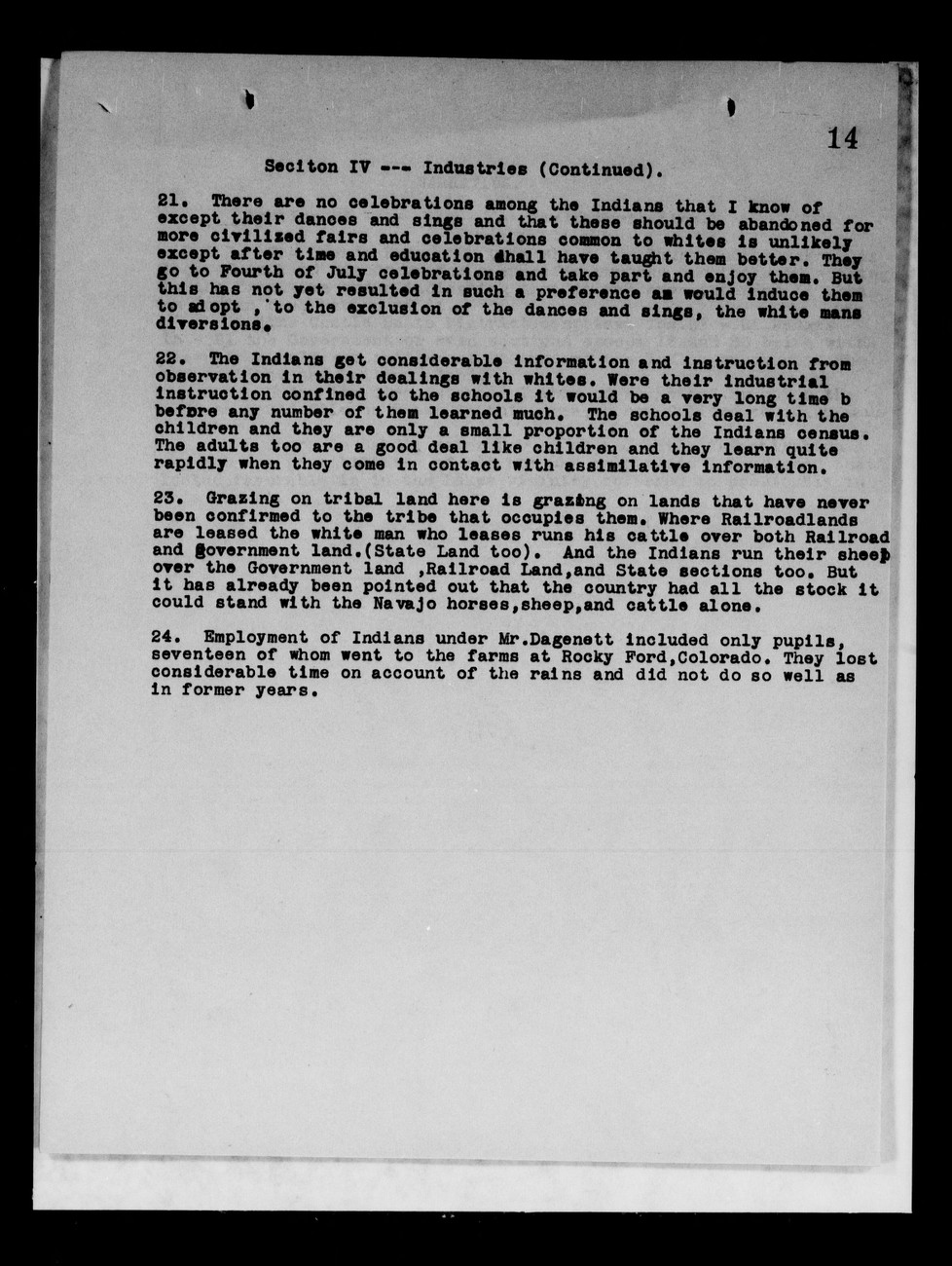 Can you help improve this?
14 Seciton IV--. Industrios( Continued). 21. There are no celebrations among the Indians that I know of except their dano08 and singe and that these should be abandoned for more civilised fairs and celebrations common to whites is unlikely except after time and education dhall have taught them better. They go to Fourth of July celebrations and take part and enjoy thon. But this has not yet resulted in such a preference an vould induce thom to ad opt,' to the exclusion of the dances and sings, the white mans diversions. 22. The Indians get considerable information and instruction from observation in thoir dealings with whitos. Were their industrial instruction confined to the schools it would be a very long time b before any number of them loarned much. The schools deal with the children and they are only a small proportion of the Indians census. The adults too are a good deal 11 ke children and they learn qui te rapidly when they come in contact with assimilative information. 23. Grazing on tribal land here is grazbng on lands that have never been confirmed to the tribe that occupies thom. Whore Railroadlands are leased the white man who loasos runs his ca ttlo over both Railroad and government land.( State Land too). And the Indians run their sheep over the Government land Railroad Land, and State sections too. But It has already been pointed out that the country had all the stock it could stand with the Na vajo horses, sheep, and cattle alone. 24. Employment of Indians under Mr. Dagenett included only pupils, Seventeen of whom went to the farms at Rocky Ford, Colorado. They lost considerable time on account of the rains and did not do so well as in former years.