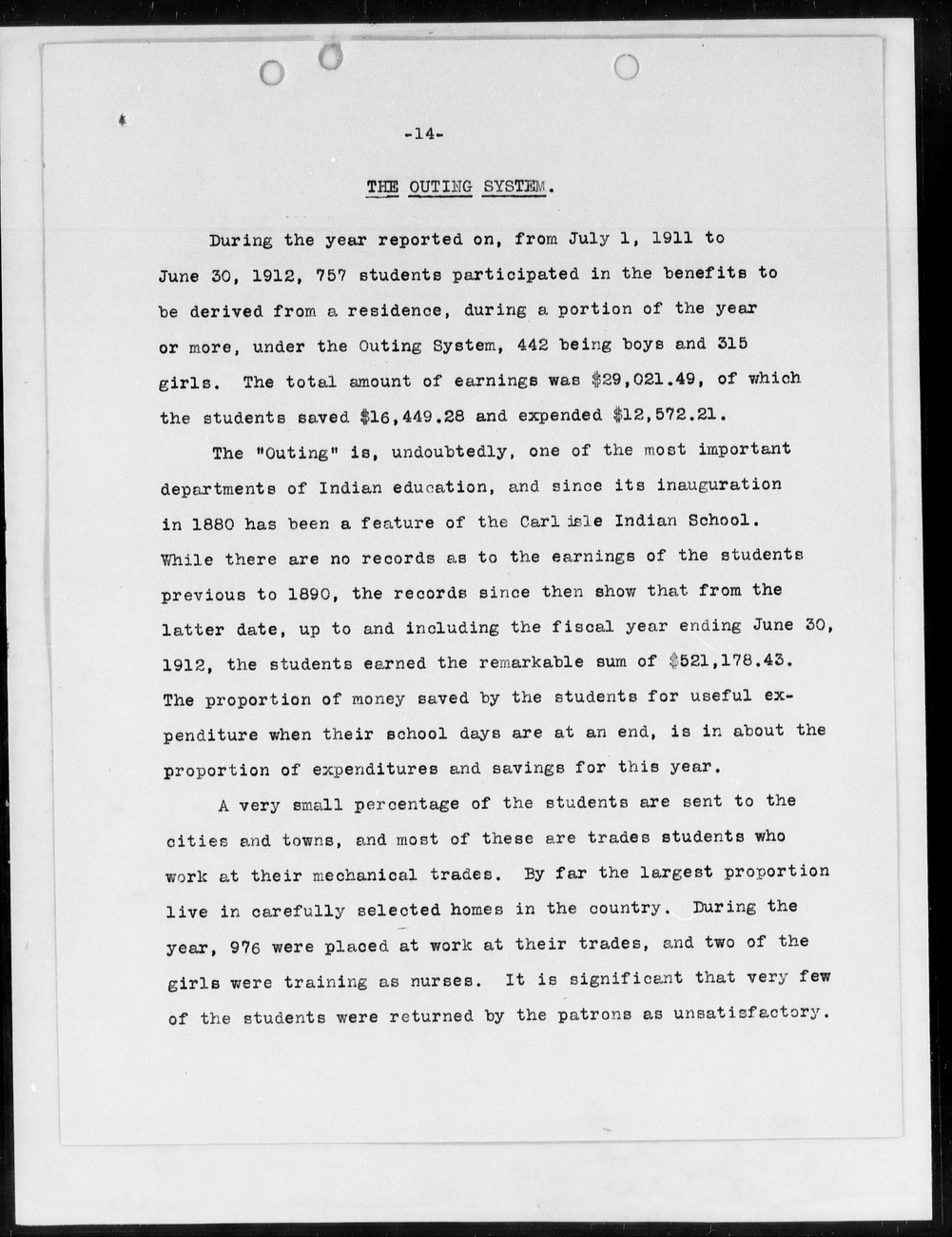 Can you help improve this?
14 THE OUTING SYSTEHM During the year reported on, from July 1, 1911 to June 30, 1912, 75 students participated in the benefits to be derived from a residence, during a portion of the year or more, under the Outing System, 442 being boys and 315 girls. The total amount of earnings was$ 29, 021. 49, of which the students saved$ 16, 449. 28 and expended$ 1 2, 572. 21 The" Outing" is, undoubtedly, one of the most important departments of Indian education, and since its inauguration in 1880 has been a feature of the Carlisle Indian School While there are no records as to the earnings of the students previous to 1890, the records since then show that from the latter date, up to and including the fiscal year ending June 30, 1912, the students earned the remarkable sum of$ 521, 178. 43 The proportion of money saved by the students for useful ex penditure when their school days are at an end, is in about the proportion of expenditures and savings for this year A very small percentage of the students are sent to the cities and towns, and most of these are trades students who work at their mechanical trades. By far the largest proportion live in carefully selected homes in the country. During the year, 976 were placed at work at their trades, and two of the girls were training as nurses. It is significent that very few of the students were returned by the patrons as unsatisfactory