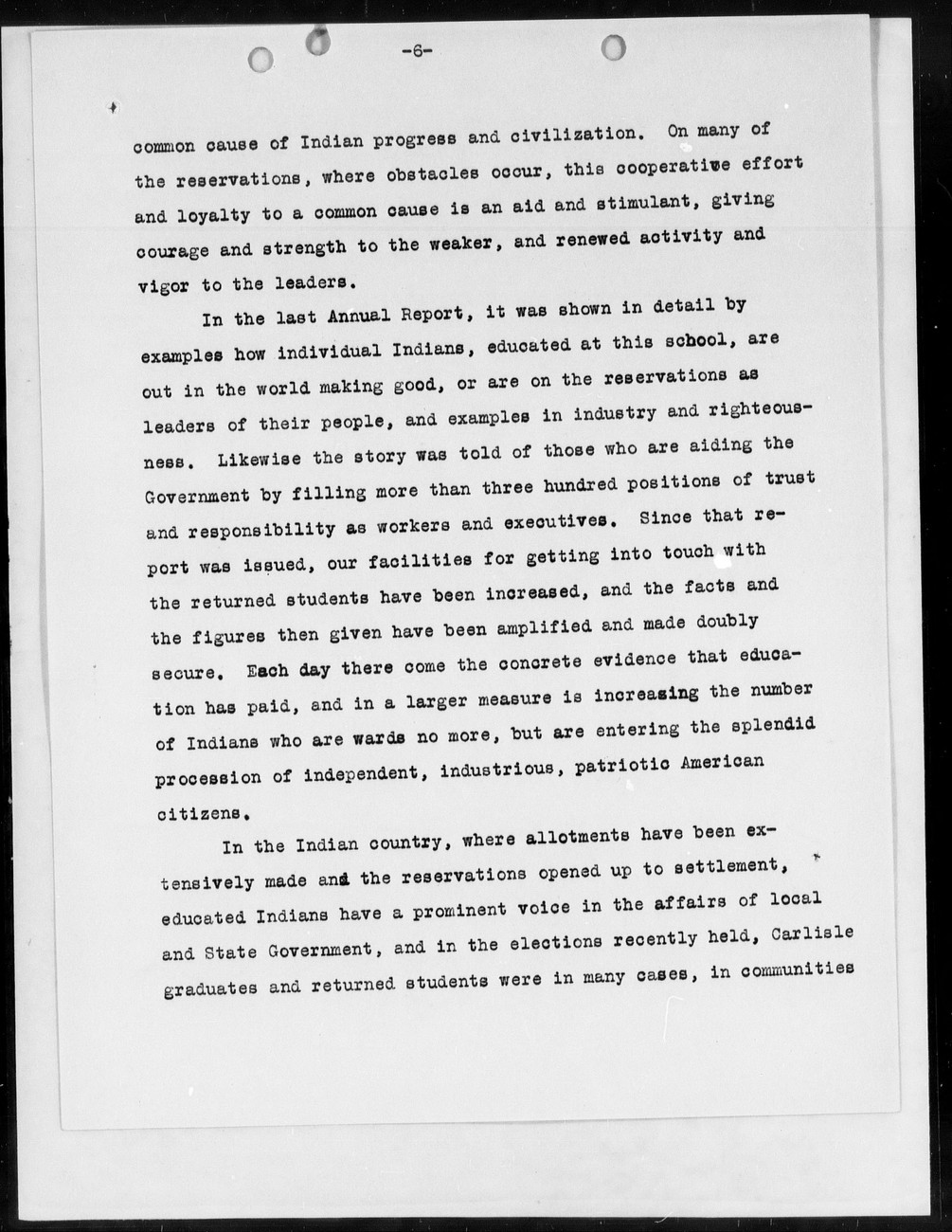 Can you help improve this?
common cause of Indian progress and civilization. On many of the reservations, where obstacles occur, this cooperative effort and loyalty to a common cause is an aid and stimulant, giving courage and strength to the weaker, and renewed activity and vigor to the leaders In the last Annual Report, it was shown in detail by examples how individual Indians, educated at this school, are out in the world making good, or are on the reservations as leaders of their people, and examples in industry and righteous ne88. Likewise the story was told of those who are aiding the Government by filling more than three hundred positions of trust and responsibility as Workers and executives, Since that re port was issued, our facilities for getting into touch with the returned students have been increased, and the facts and the figures then given have been amplified and made doubly secure, Each day there come the concrete evidence that educa tion has paid, and in a larger measure is increasing the number of Indians who are war is no more, but are entering the splendid procession of independent, industrious, patriotio American citizens In the Indian country, where allotments have been ex tensively made and the reservations opened up to settlement, educated Indians have a prominent voice in the affairs of local and state Government, and in the elections recently held, Carlisle graduates and returned students were in many cases, in communities