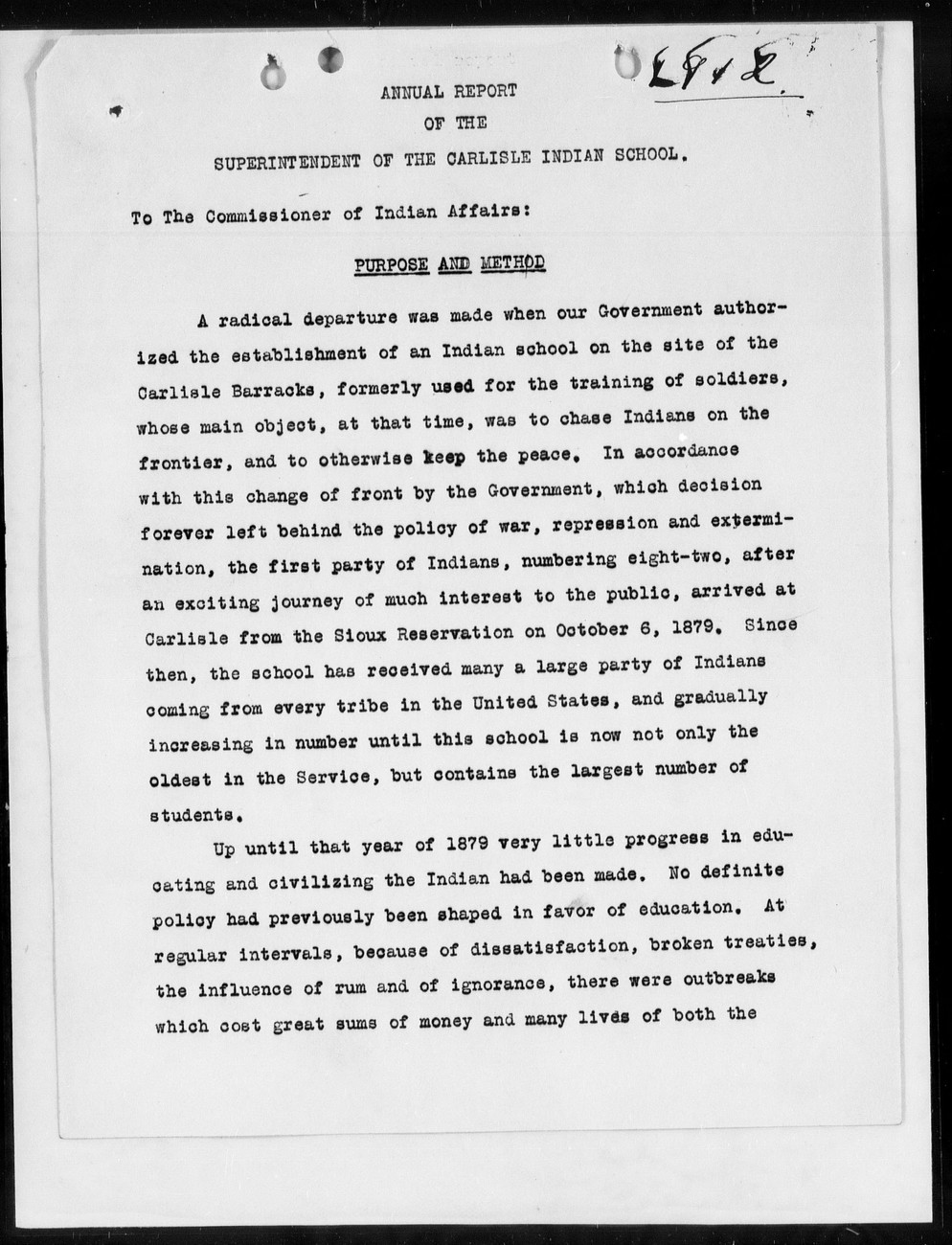 Can you help improve this?
LA ANNUAL REPORT OF THE SUPERINT ENDENT OF THE CARLISLE INDIAN SCHOOL To The Commissioner of Indian Alfairs: PURPOSE AND METHOD A radical departure was made when our Government author ized the establishment of an Indian school on the site of the Carlisle Barracks, formerly used for the training of soldiers, whose main objeot, at that time, was to chase Indians on the frontier, and to otherwise keep the peace, In accordance with this change of front by the Government, which decision forever left behind the polioy of war, repression and exterm nation, the first party of Indians, numbering eight- two, after an exciting journey of much interest to the public, arrived at Carlisle from the Sioux Reservation on Ootober 6, 1879. Since then, the school has received many a large party of Indians coming from every tribe in the United States, and gradually increasing in number until this school is now not only the oldest in the Service, but contains the largest number of students Up until that year of 1879 very little progress in adu oating and civilizing the Indian had been made, No definite polioy had previously been shaped in favor of education, At regular intervals, because of dissatisfaction, broken treaties, the influence of rum and of ignorance, there were outbreaks which cost great sums of money and many lives of both the