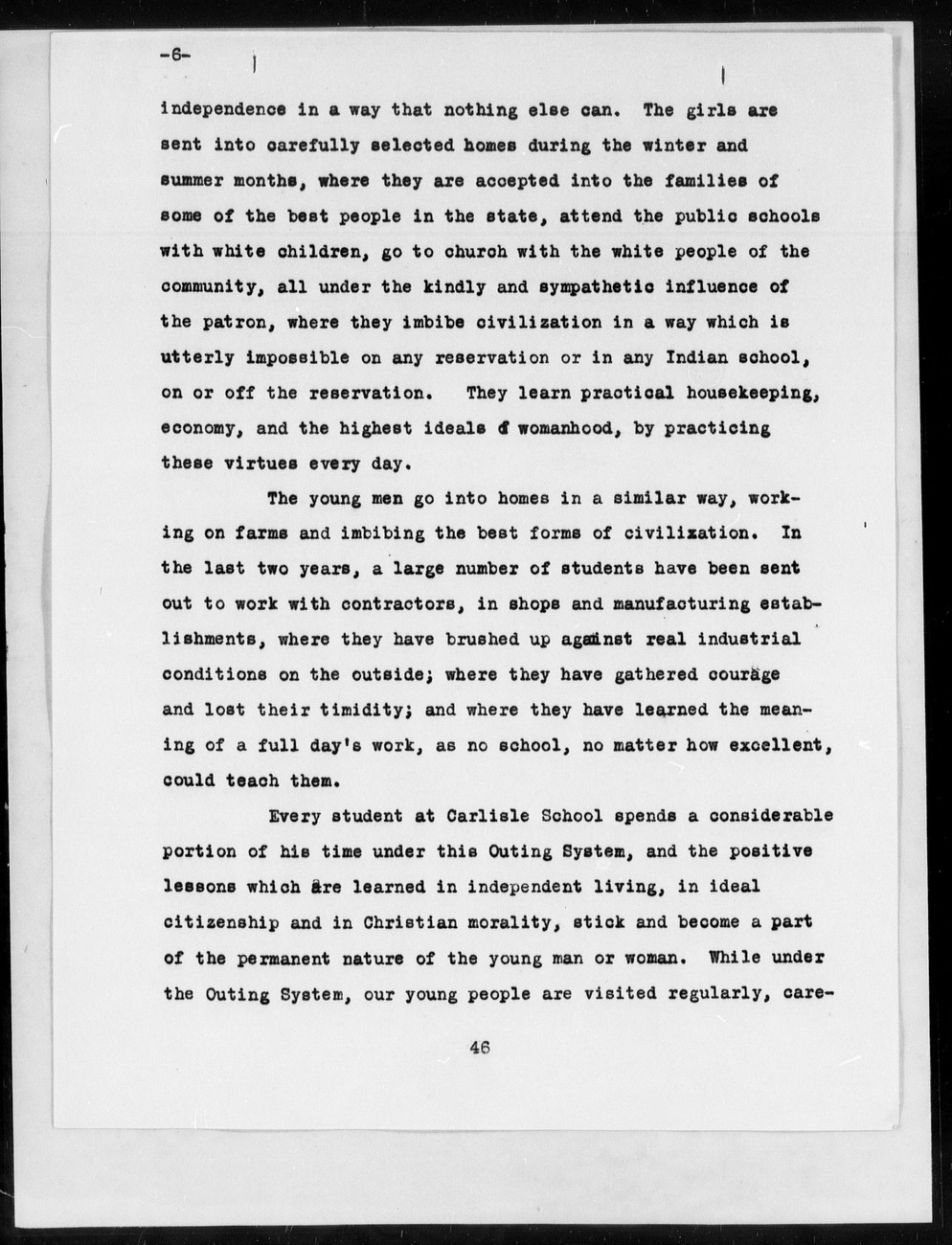 Can you help improve this?
independence in a way that nothing else can. The girls are sent into oarefully selected homes during the winter and summer months, where they are accepted into the families of some of the best people in the state, attend the public schools with white children, go to churoh with the white people of the community, all under the kindly and sympathetio influence of the patron, where they imbibe oivilization in a way which is utterly impossible on any reservation or in any Indian Bohool, on or off the reservation, They learn practical housekeeping, economy, and the highest ideals& womanhood, by practicing these virtues every day The young men go into homes in a similar way, work ing on farms and imbibing the best forms of civilization. In the last two years, a large number of students have been sent out to work with contractors, in shops and manufaoturing estab lishments, where they have brushed up against real industrial conditions on the outside, where they have gathered courage and lost their timidity and where they have learned the mean ing of a full day' s work, as no school, no matter how excellent, could teach them. Every student at Carlisle School spends a considerable portion of his time under this outing System, and the positive lessons whiоh are learned in independent living in ideal citizenship and in Christian morality, stick and become a part of the permanent nature of the young man or woman. While under the Outing System, our young people are visited regularly, care" 46