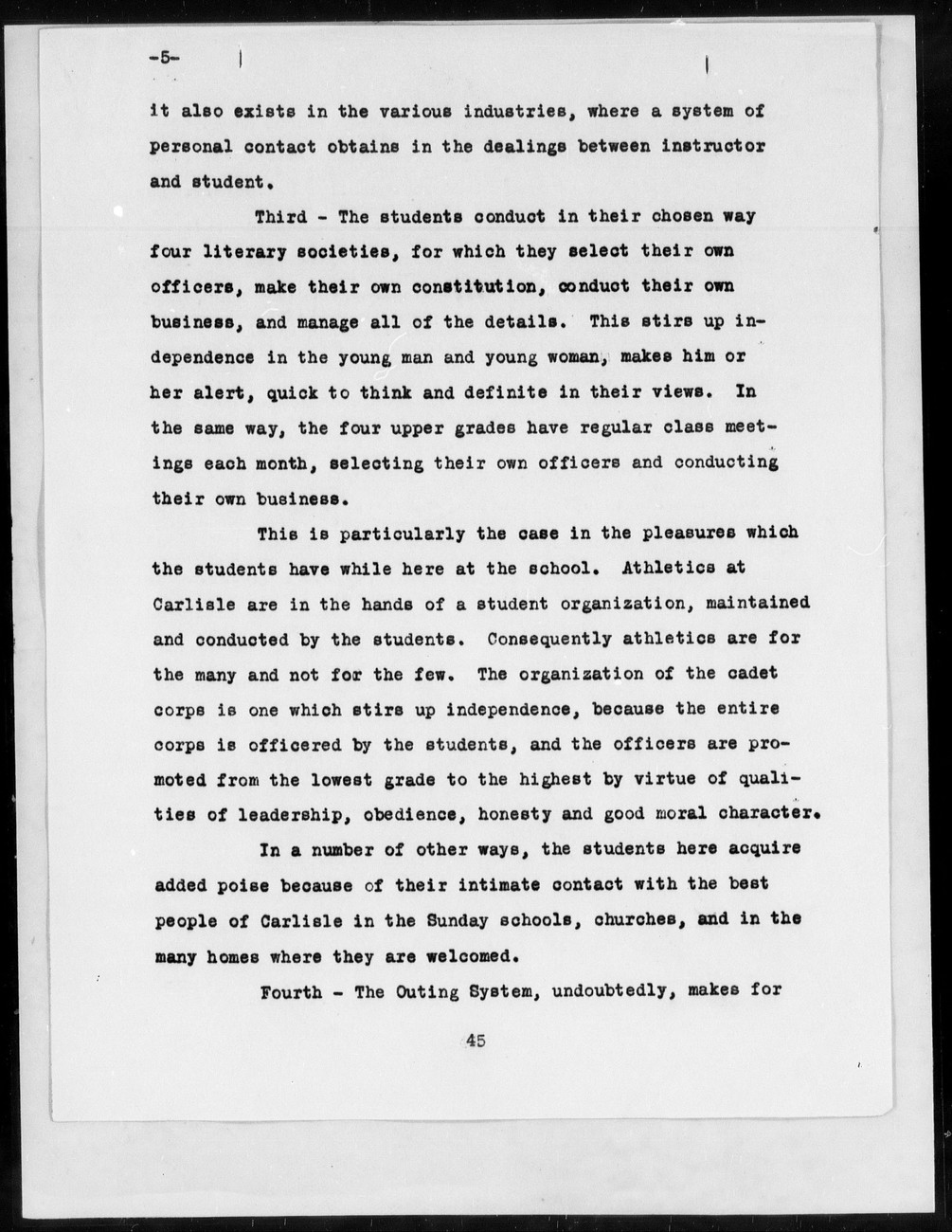 Can you help improve this?
it also exists in the various industries, where a system of personal contact obtains in the dealings between instructor and student Third- The students conduct in their chosen way four literary societies, for which they select their own officers, make their own constitution, conduct their own business, and manage all of the details. This stirs up in dependence in the young man and young woman, makes him or her alert, quick to think and definite in their views. In the same way, the four upper grades have regular class meet ings each month, selecting their own officers and conducting their own business This is particularly the case in the pleasures which the students have while here at the Bohool, Athletics at Carlisle are in the hands of a student organization, maintained and conducted by the students. Consequently athletics are for the many and not for the few. The organization of the cadet corps is one which stirs up independence, because the entire corps is office red by the students, and the officers are pro moted from the lowest grade to the highest by virtue of quali ties of leadership, obedience, honesty and good moral character. In a number of other ways, the students here acquire added poise because of their intimate contact with the best people of Carlisle in the Sunday schools, churches, and in the many homes where they are welcomed Fourth- The Outing System, undoubtedly, makes for 45