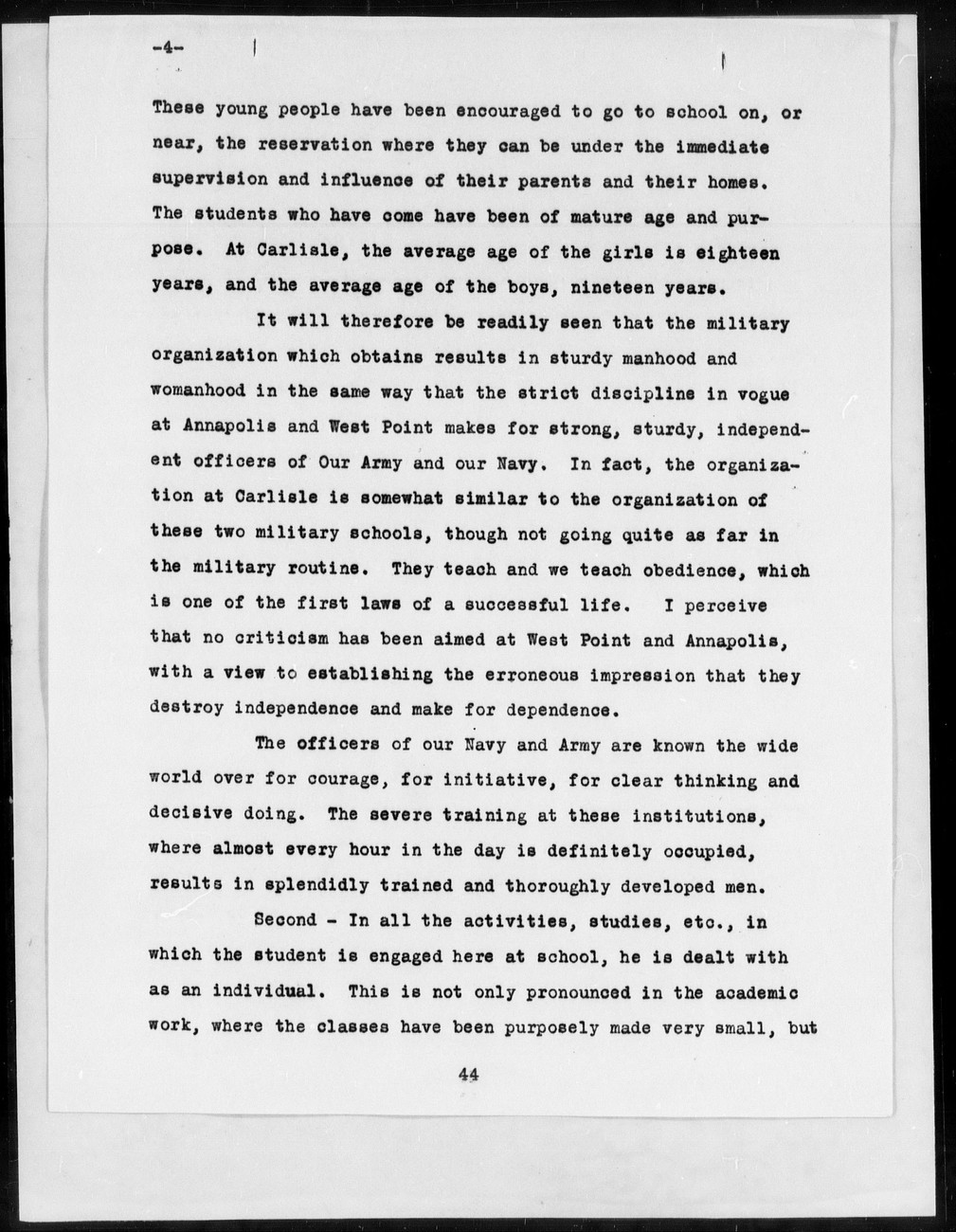 Can you help improve this?
These young people have been encouraged to go to school on, or near, the reservation where they can be under the immediate supervision and influence of their parents and their homes The students who have come have been of mature age and pur pose. At Carlisle, the average age of the girls is eighteen years, and the average age of the boys, nineteen years. It will therefore be readily seen that the military organization which obtains results in sturdy manhood and womanhood in the same way that the strict discipline in vogue at Annapolis and West Point makes for strong, sturdy, independ ent officers of Our Army and our Navy. In fact, the organi za tion at Carliele is somewhat similar to the organization of these two military schools, though not going quite as far in the military routine. They teach and we teach obedience, which is one of the first laws of a successful life, I perceive that no criticism has been aimed at West Point and Annapolis, with a view to establishi ng the erroneous impression that they destroy independence and make for dependence The officers of our Navy and Army are known the wide world over for courage, for initiative, for clear thinking and decisive doing. The severe training at these institutions, where almost every hour in the day is definitely occupied, results in splendidly trai ned and thoroughly developed men Second- In all the activities, studies, eto., in which the student is engaged here at school, he is dealt with as an individual. This is not only pronounced in the academic work, where the classes have been purposely made very small, but 44