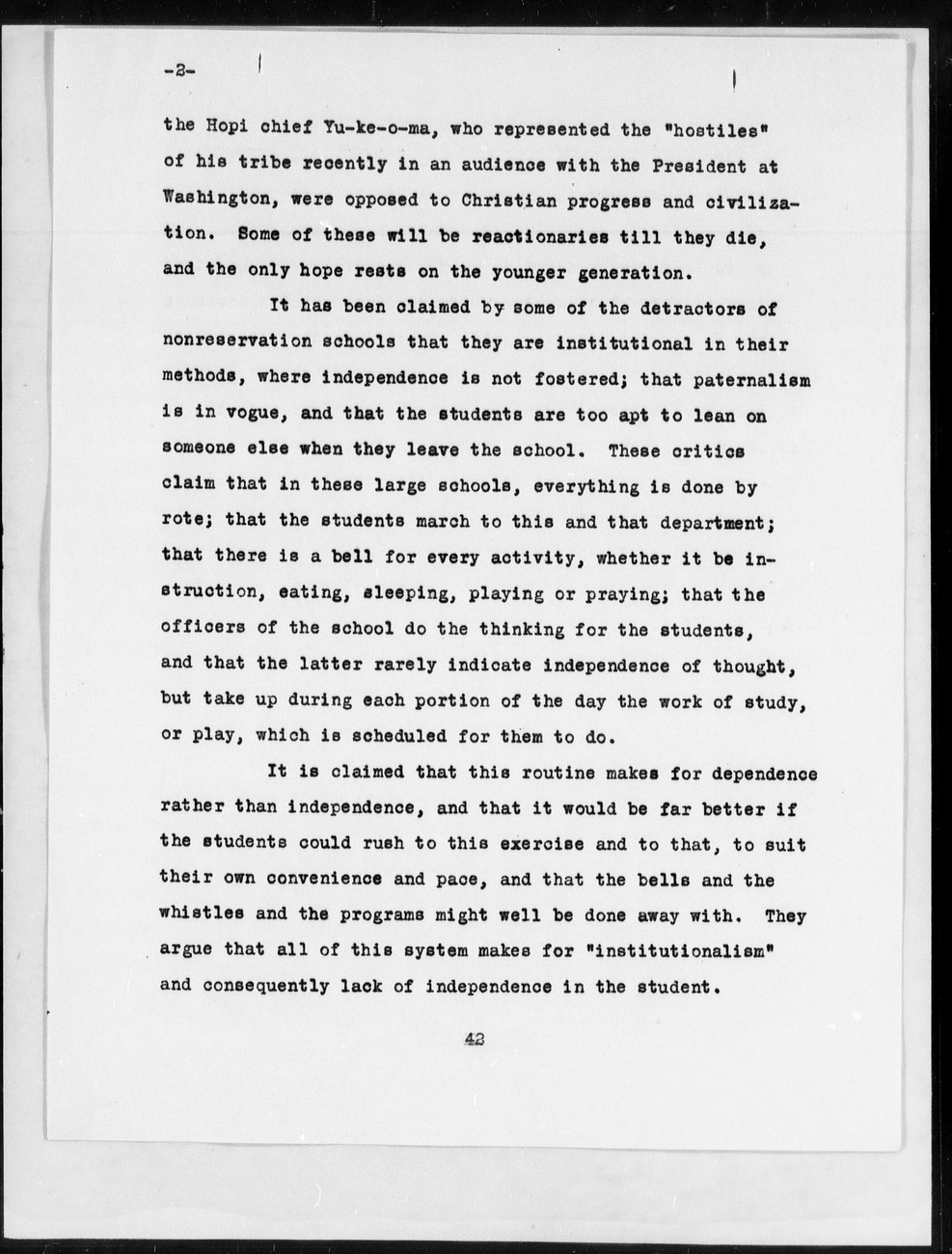 Can you help improve this?
the Hopi chief Yu- ke- o- ma, who represented the" hostiles" of his tribe recently in an audience with the President at Washington, were opposed to Christian progress and civiliza tion. Some of these will be reactionaries till they die and the only hope rests on the younger generation It has been claimed by some of the detractors of nonreservation schools that they are institutional in their methods, where independence is not fostered; that paternalism is in vogue, and that the students are too apt to lean on someone else when they leave the school. These critics claim that in these large schools, everything is done by rote; that the students march to this and that department; that there is a bell for every activity, whether it be in struction, eating, sleeping, playing or praying that the officers of the school do the thinking for the students, and that the latter rarely indicate independence of thought, but take up during each portion of the day the work of study, or play, which is scheduled for them to do It is claimed that this routine makes for dependence rather than independence, and that it would be far better if the students could rush to this exercise and to that, to suit their own convenience and pace, and that the bells and the whistles and the programs might well be done away with. They argue that all of this system makes for" institutionalism" and consequently lack of independence in the student 42