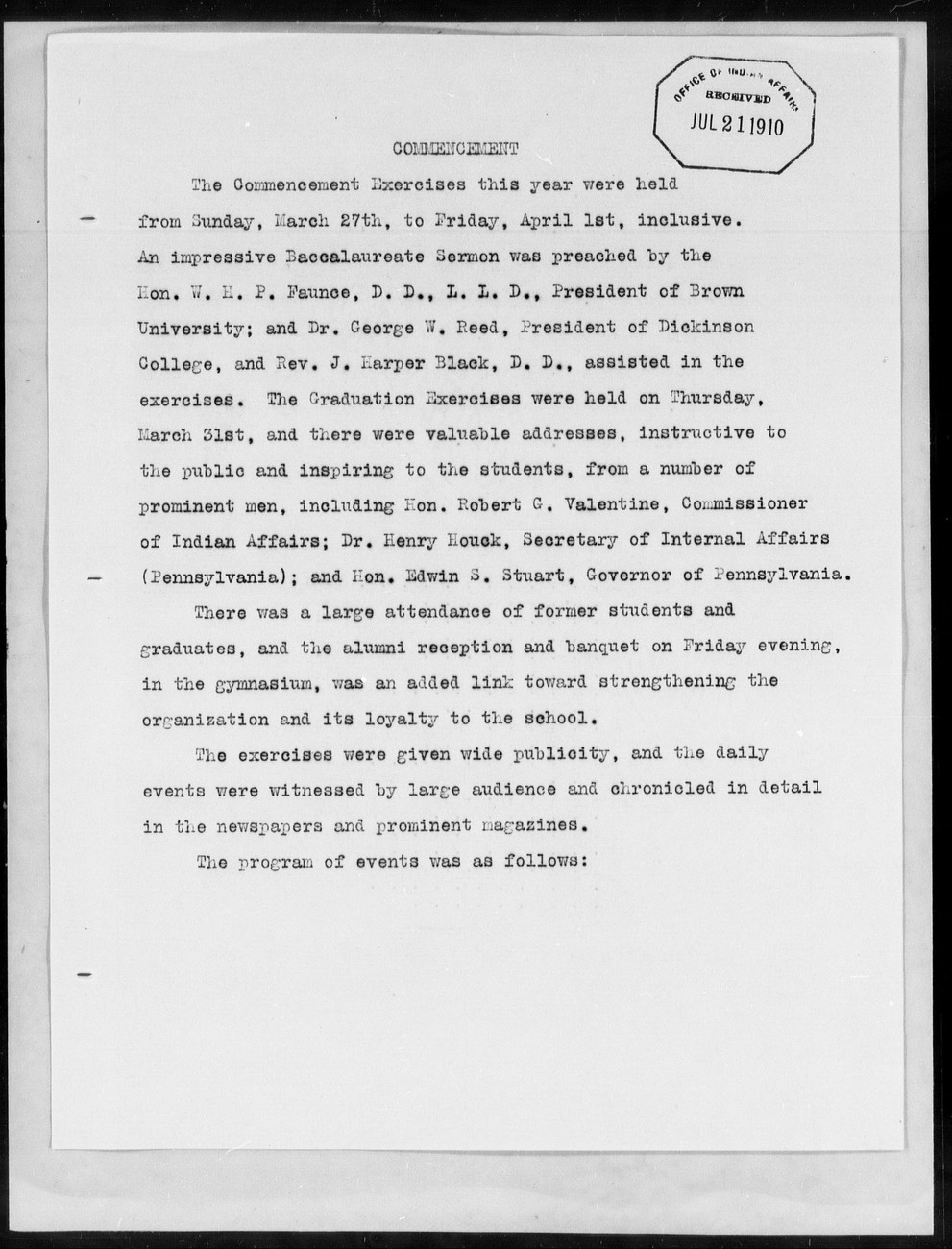 Can you help improve this?
s & EO RIVD JUL 2 1 1910 COMINENCEHEINT The Commencement Exercises this year were held fron Sunday, March 27th, to Friday, April 1st, inclusive An impressive Baccalaureate Sermon was preached by the ion. NW. H. P. Faunce, D. D., L. L. D., President of Brown University; and Dr. George W. Reed, President of Dickinson College, and Rev. J. Harper Black, D. D., assisted in the exercises. The Graduation exercises were held on Thursday, March 31st, and there were valuable addresses, instructive to the public and inspiring to the students, from a number of prominent men, including Hion. Robert G. Valentine, Commissioner of Indian Affairs; Dr. Henry Houck, Seoretary of Internal Affairs ( Pennsylvania); and Hon. Edwin S. Stuart, Governor of Pennsylvania There was a large attendance of former students and graduates, and the alumni reception and banquet on Friday evening, in the gymnasium, was an added line toward strengthening the organi zation and its loyalty to the school. The exercises were given wide publiоity, and the daily events were witnessed by large audience and chronicled in detail in the newspapers and prominent magazines The program of events was as follows: