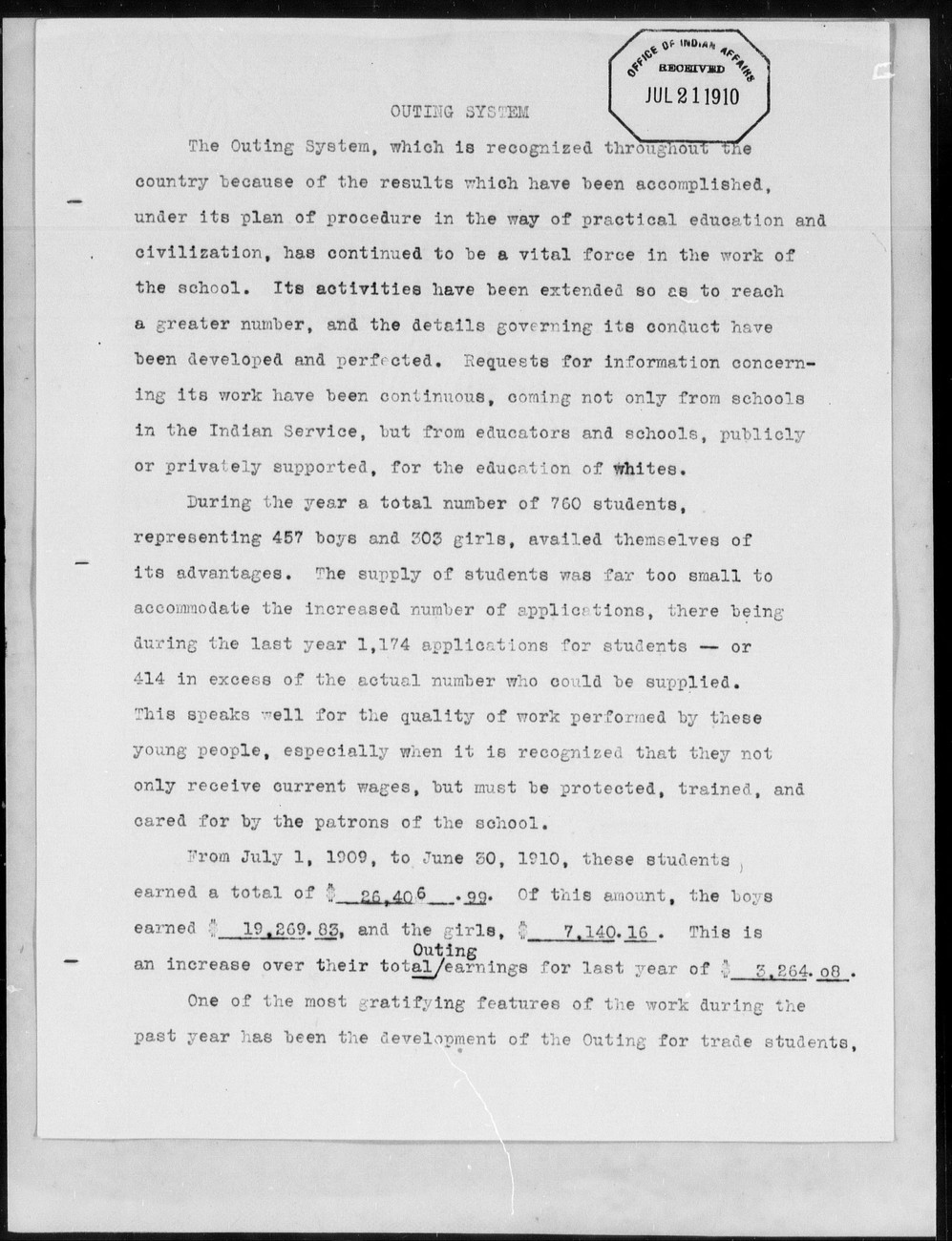 Can you help improve this?
of INDIAN S BEOHIVRD JUL 21 1910 OUTING SYS TEIM The Outing system, which is recognized throughout the country because of the results which have been accomplished, under its plan of procedure in the way of practical education and civilization, has continued to be a vital force in the work of the school. Its activities have been extended so as to reach a greater number, and the details governing its conduct have been developed and perfected, Requests for information concern ing its work have been continuous, coming not only from schools in the Indian Service, but from educators and schools, publicly or privately supported, for the education of whites. During the year a total number of 7 60 students, representing 457 boys and Io girls, availed themselves of its advantages. The supply of students was far too small to accommodate the increased number of applice tions, there being during the last year 1, 174 applications for students or 414 in excess of the actual number who could be supplied. This speaks well for the quality of work performed by these young people, especially when it is recognized that they not only receive current wages, but must be protected, trained, and cared for by the patrons of the school. From July 1, 1909, to June 30, 1910, these students earned a total of 1. 26, 406- 99. Of this amount, the boys earned 19, 269. 03, and the girls, 7. 140. 16. This is Outing an increase over their total/ earnings for last year of 3. 264, o8 One of the most gratifying features of the work during the past year has been the development of the outing for trade students