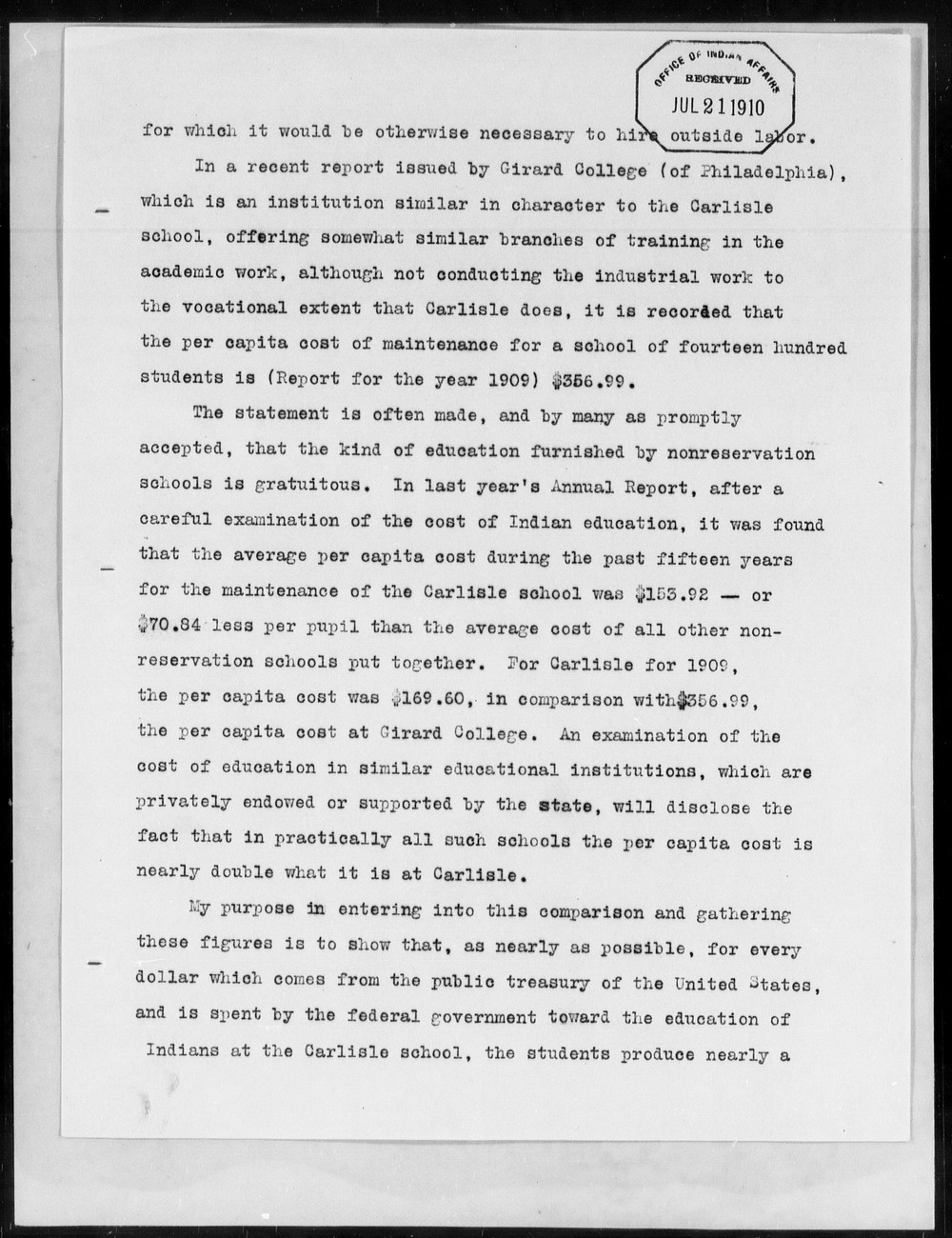 Can you help improve this?
of IND s S BDOIRVHID JUL 211910 for which it would be otherwise necessary to hire outside lefor In a recent report issued by Girard College( of Philadelphia), which is an institution siroilar in character to the Carlisle school, offering somewhat similar branches of training in the academic work, although not conducting the industrial work to the vocational extent that Carlisle does, it is recorded that the per capita cost of maintenance for a school of fourteen hundred students is( Report for the year 1909)$ 356. 99 The statement is often made, and by many as promptly accepted, that the kind of education furnished by nonreservation schools is gratuitous. In last year' s Annual Report, after a careful examination of the cost of Indian education, it was found that the average per capita cost during the past fifteen years for the maintenance of the Carlisle school was$ 158. 92 — or $ 70. 84 less per pupil than the average cost of all other non reservation schools put together. For Carlisle for 1909, the per capita cost was$ 169. 60, in comparison with356. 99, the per capita cost at Girard College. An examination of the cost of education in similar educational institutions, which are privately endowed or supported by the state, will disclose the fact that in practically all such schools the per capita cost is nearly double what it is at Carlisle. Niy purpose in entering into this comparison and gathering these figures is to show that, as nearly as possible, for every dollar which comes from the public treasury of the United States, and is spent by the federal government toward the education of Indians at the Carlisle school, the students produce nearly a