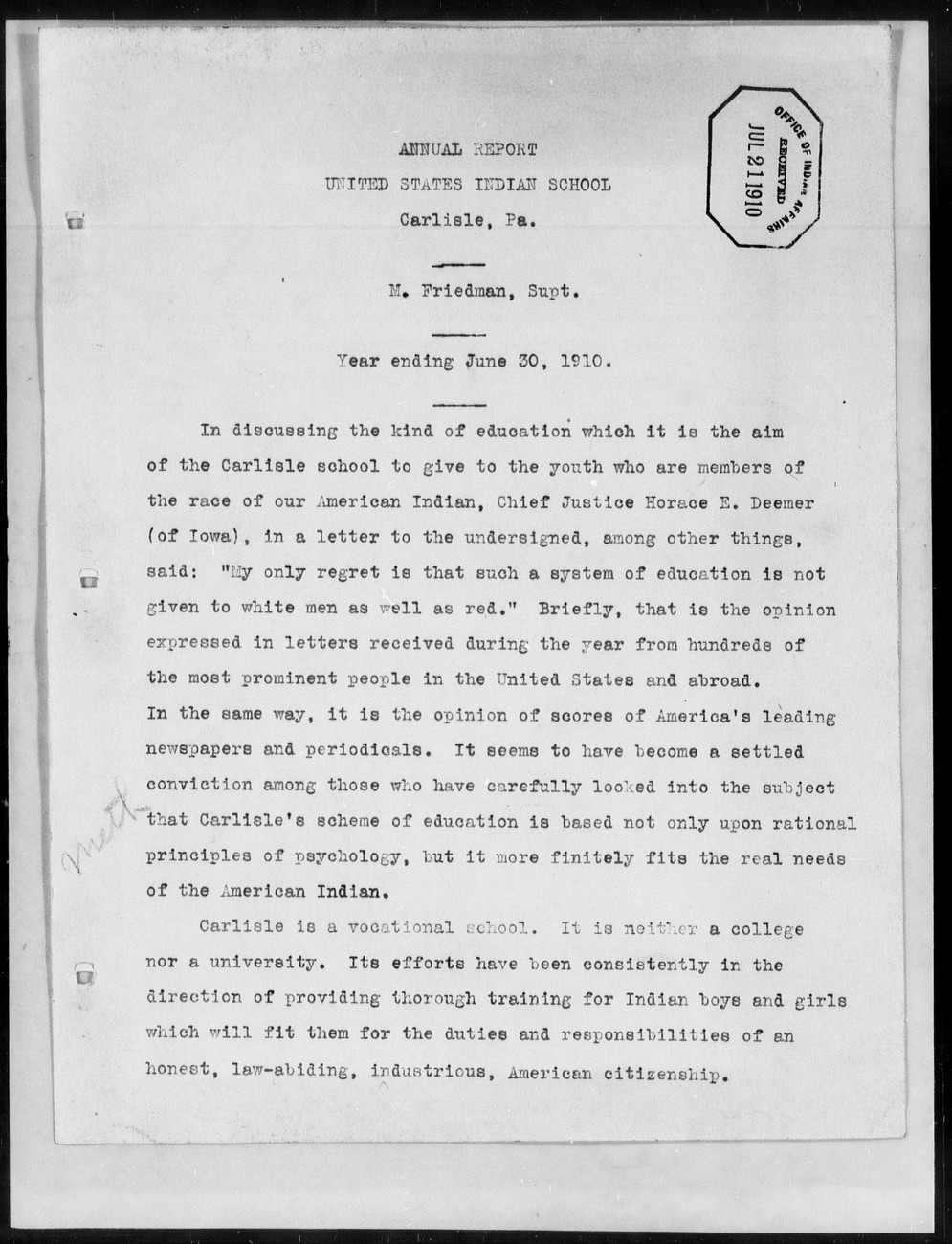 Can you help improve this?
ANNUAL REPORT R 9 UNITED STATES INDIAN SCHOOL Carlisle, Pa. M. Friedman, Supt Year ending June 30, 1910 In discussing the kind of education which it is the aim of the Carlisle school to give to the youth who are members of the race of our American Indian, Chief Justice Horace E. Deemer ( of Iowa), in a letter to the undersigned, among other things, said:" Iy only regret is that such a system of education is not given to white men as well as red." Briefly, that is the opinion expressed in letters received during the year from hundreds of the most prominent people in the United States and abroad. In the same way, it is the opinion of scores of America' s leading newspapers and periodicals. It seems to have become a settled conviction among those who have carefully looked into the subject that Carlisle' s scheme of education is based not only upon rational principles of psychology, but it more finitely fits the real needs of the American Indian. Carlisle is a vocational School. It is neither a college nor a university. Its efforts have been consistently in the âirection of providing thorough training for Indian boys and girls which will Pit them for the duties and responsibilities of an honest, law- abiding, industrious, American citizenship.