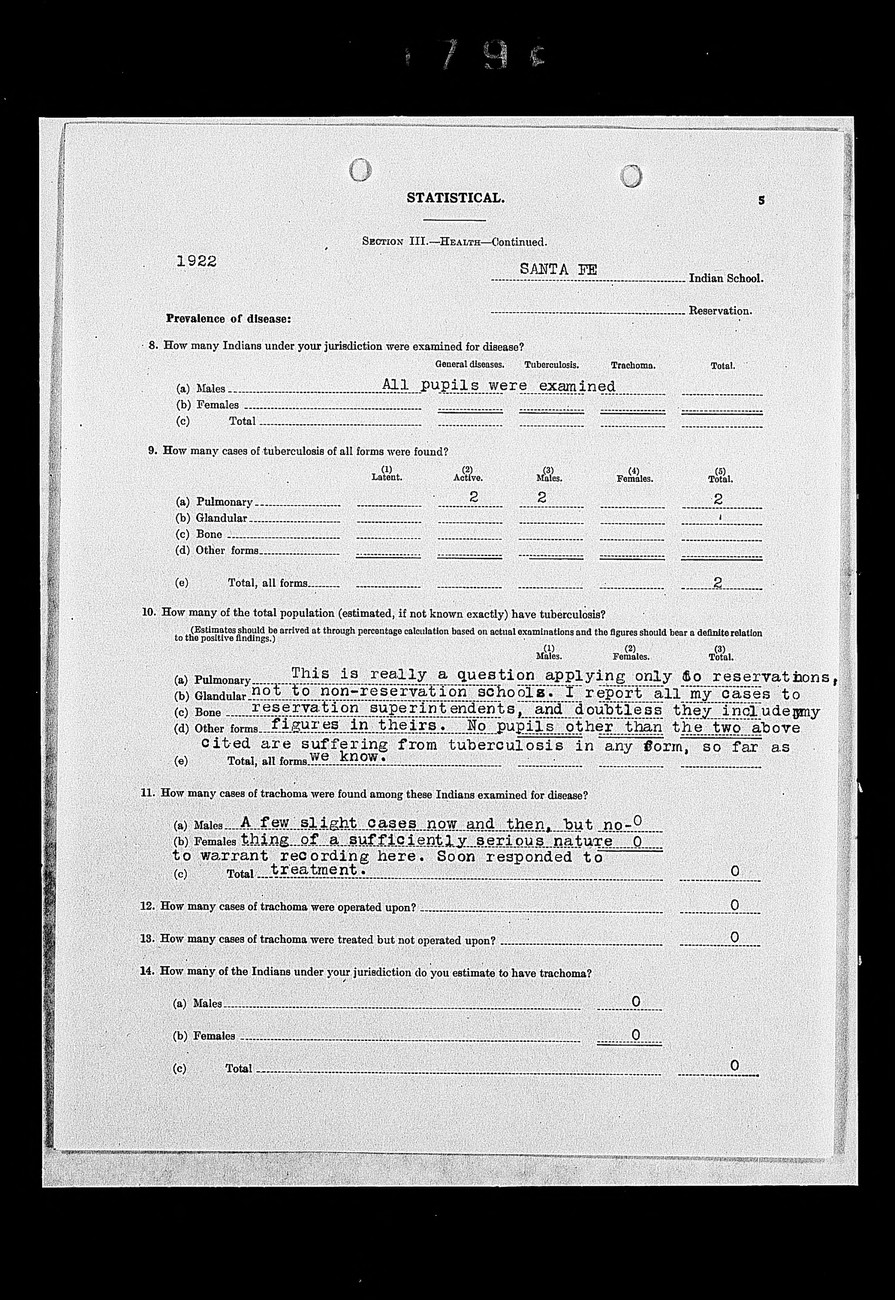 Can you help improve this?
STATISTICAL SECTION III.- HEALTH Continued. 1922 SANTA FE .................. Indian School. ............ Reservation. Prevalence of disease: 8. How many Indians under your jurisdiction were examined for disease? General diseases, Tuberculosis. Trachi All pupils were examined ( a) Male! ( b) Females... ( c) Total 9. How many cases of tuberculosis of all forms rere found? Total ( a) Pulmonary ( b) Gland ( c) Bone................... d) other forms Total. all forms 10. How many of the total population( estimated, if not known exactly) have tuberculosis? Estimates should be arrived at through percentage calculation based on actual oxaminations and the figures should bear a definite relation the po finding This is really a question applying only do reservations ( a) Pulmonary ( b) Glandular. notto non- reservation SchoolE. I reportallmy cases to T Bone reservation superintendents, and doubtless they include my ( d) Other forms. figures in theirs . No pupils. other than the two. above cited are suffering from tuberculosis in any form so far as we know Total, all forms. 11. How many cases of trachoma were found among these Indians examined for disease? ( a) Male. A few. slight cases. now . and then.. but no- o ( b) Females thing. of a sufficiently. Serious nature. 0. to warrant recording here. Soon responded to Total.. treatment 12. How many case of trachoma were operated upon? 13. How many cases of trachoma were treated but not operated upon? 14. How many of the Indians under your jurisdic do you estimate to have trachoma? ( a) Males ( b) Females Tota