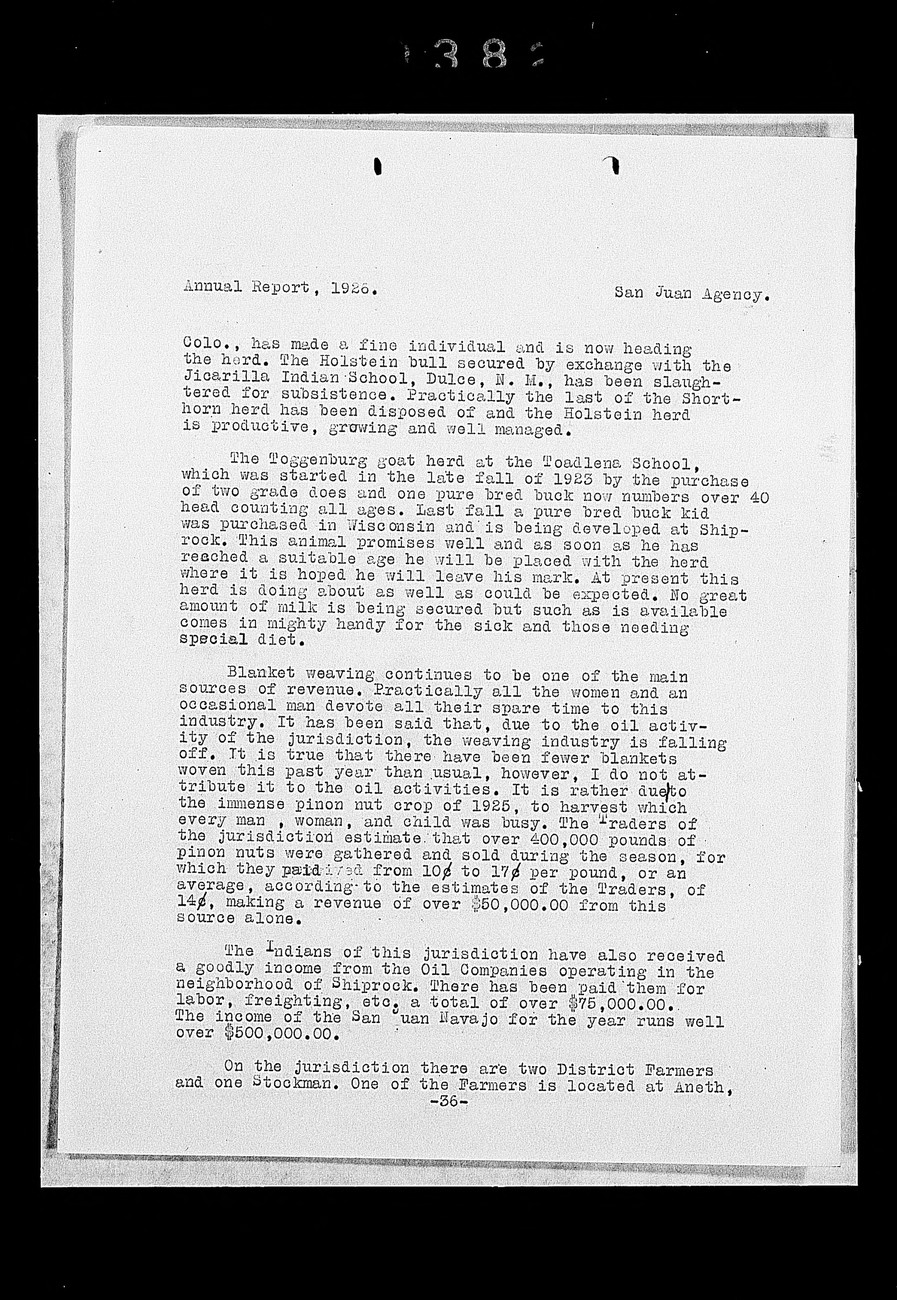 Can you help improve this?
Annual Report, 192. San Juan Agency , Colo., has made a fine individual and is now heading the hard. The Holstein bull secured by exchange with the Jicarilla Indian School, Dulce, N. M., has been slaugh tered for subsistence. Practically the last of the short horn herd has been disposed of and the Holstein herd is productive , growing and well managed. The Poggenburg goat herd at the Toadlene School, which was started in the late fall of 1925 by the purchase of two grade does End one pure bred buck now numbers over 40 head counting all ages. Last fall a pure bred buck kid was purchased in Wisc onsin and is being developed at Ship rock. This animal promises well and es soon as he has reeched a suitable age he will be placed with the herd where it is hoped he will leave his mer. At present this herd is doing about as well as could be expected. No great amount of milk is being secured but such as is a vEilable cones in nighty handy for the sick and those needing special diet. Blanket Weaving continues to be one of the main sources of revenue. Practically all the women and an occasional man devote all their spare time to this industry. It has been said that, due to the oil activ ity of the jurisdiction, the weaving industry is falling off. It is true that there have been fewer blankets WOven this past year than usual, however, I do not at tribute it to the oil activities. It is rather dueto the immense pinon nut crop of 1925, to harvest which every man, woman, and child was busy. The raders of the jurisdiction estimate that over 400, 000 pounds of pinon nuts were gathered and sold during the season, for which they paid Tod from 10 to 176 per pound, or an average, according to the estimates of the Traders, of 14t, making a revenue of over 250, 000. 00 far on this source alone. The Indians of this jurisdiction have also received a goodly income from the Oil Companies operating in the neighborhood of Shiprock. There has been paid them for labor, freighting, etc, a total of over$ 75, 000. 00. The inc one of the San uan Nava jo for the year runs well over$ 500, 000. 00. On the jurisdiction there are two District Terners and one Stockman. One of the Farmers is located at Aneth 36