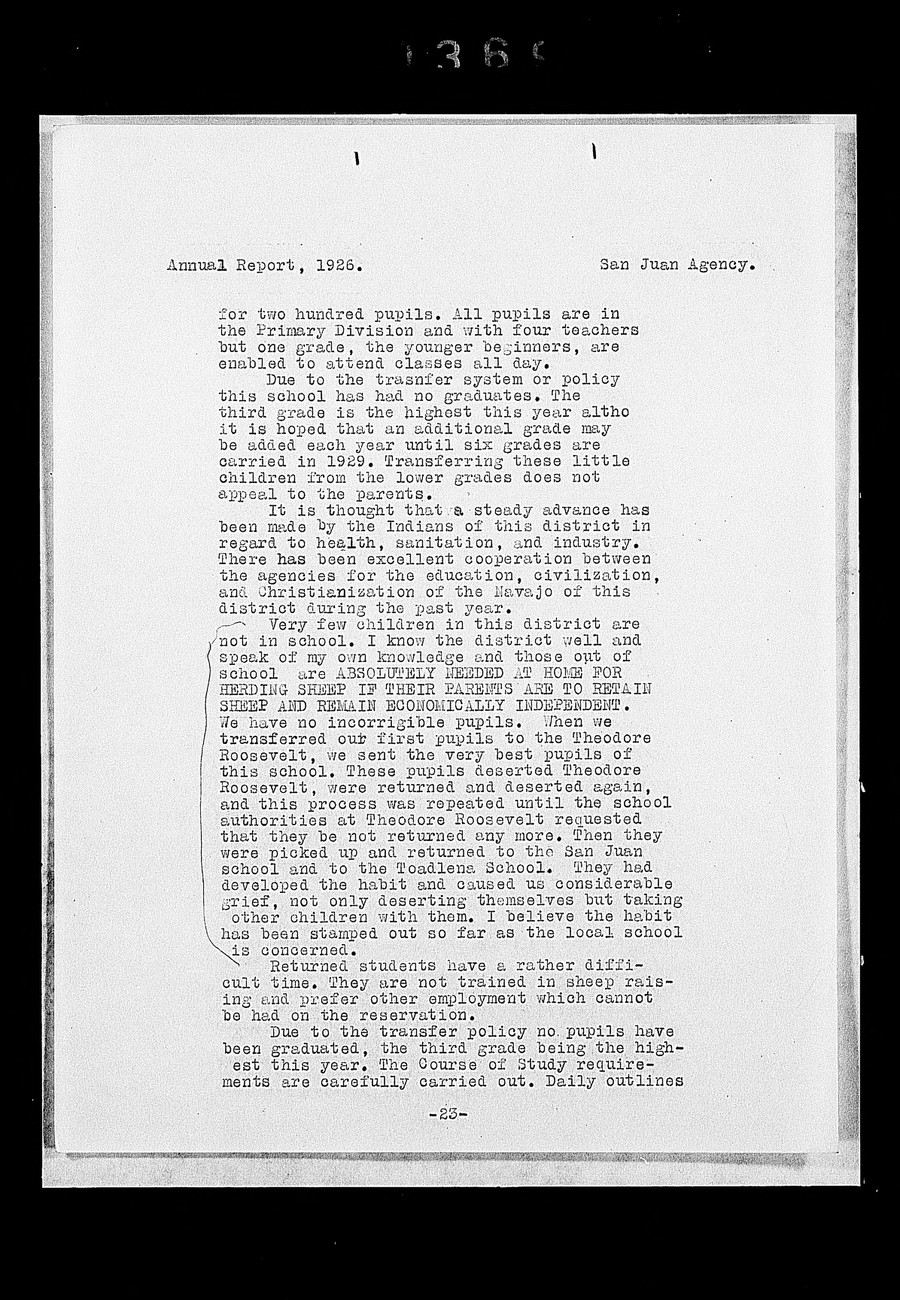 Can you help improve this?
DEL RESERMANCHESTERENCE HEARnettie REITHERESSWIREEasteries and consistent assessurgeoninterest IRSRINACHARYA Annual Report, 1926 San Juan Agency. for two hundred pupils. All pupils are in the Primary Division and with four to achers but one grade, the younger beginners, are enabled to attend classes all day. Due to the trasner system or policy this school has had no graduates. The third grade is the highest this year altho it is hoped that an additional grade may be added each year until six grades are carried in 1929. Transferring these little children iron the lower grades does not appeal to the parents. It is thought that a steady advance has been made by the Indians of this district in regard to heelth, sanitation, and industry. There has been excellent cooperation between the agencies for the educetion, civilization, and Christianization of the NE, vajo of this district during the past year. Very few children in this district are not in school. I know the district well and speek of my own knowledge and those out of school are ABSOLUTELY NEEDED AT HOME FOR HERDING SHEEDP IF THEIR PARENTS ARE TO RETAIN SHEEP AND REMAIN ECONOMIC ALLY INDEPENDENT We have no incorrigible pupils, a hen we transferred our first pupils to the Theodore Roosevelt, we sent the very best pupils of this school. These pupils deserted Theodore Roosevelt, were returned and deserted again, and this process was ropeated until the school authorities at Theodore Roosevelt requested that they be not returned any nore. Then they were picked up and returned to the San JuEn school and to the Toadlene School. They had developed the habit and Cous ed us considerable grief, not only desertin themselves but taking other children ith them. I believe the habit has been stamped out so far as the local school is concerned Returned students have a rather diffi cult time. They are not trained in sheep rais ing and prefer other employment which cannot bo had on the reservation. Due to the transfer policy no. pupils have been graduated, the third grade being the high est this year. The Course of Study require nents are carefully carried out. Daily Outlines