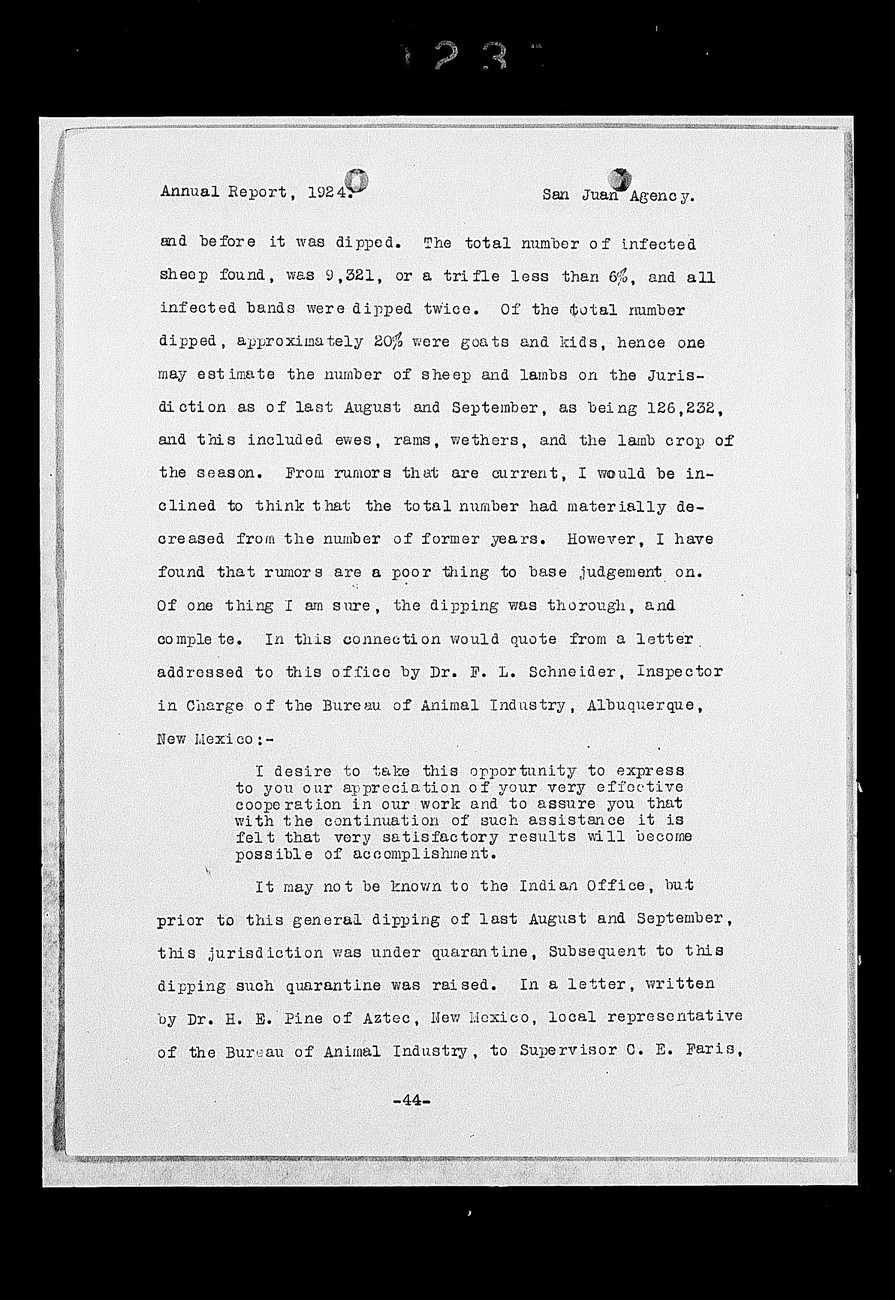 Can you help improve this?
Annual Report, 1924 San Juan Agenc y. and be fore it was dipped. The total number of infected shed p found, wes 9, 321, or a trifle less than 6%, and all infected bands were dipped twice. Of the total number dipped, approximately 20% were goats and kids, hence one may estimate the number of sheep and lainbs on the Juris diction as of last August and September, as bei ng 126, 232, and this included ewes, rams, We thers, and the lanb crop of the seas on, A From rumors that are current, I would be in. clined to think that the to tal number had materially de cre ased from the number of former years. However, I have found that rumors are a poor thing to base judgement on of one thing I am sure, the dipping wEs thorough, and co mple te. In this connection would quote from a letter addressed to this office by Dr. F. L. Schneider, Inspector in Charge of the Bure au of Animal Industry, Albuquerque, New Mexico:- I desire to i& ke this opportunity to express to you our appreciation of your very effective coope ration in our work and to assure you that with the continuatiox of such as sistance it is felt that very satisfactory results will recorne possible of accomplishme nt It may not be known to the Indian office, but prior to this general dipping of last August and September, this jurisd iction was under quaran tine, Subsequent to this dipping such quararnitine was raised. In a letter, written by Dr. H. E. Pine of Aztec, New Mexico, local representative of the Bureau of Anirnal Industry, to Supervisor C. E. Faris, 44