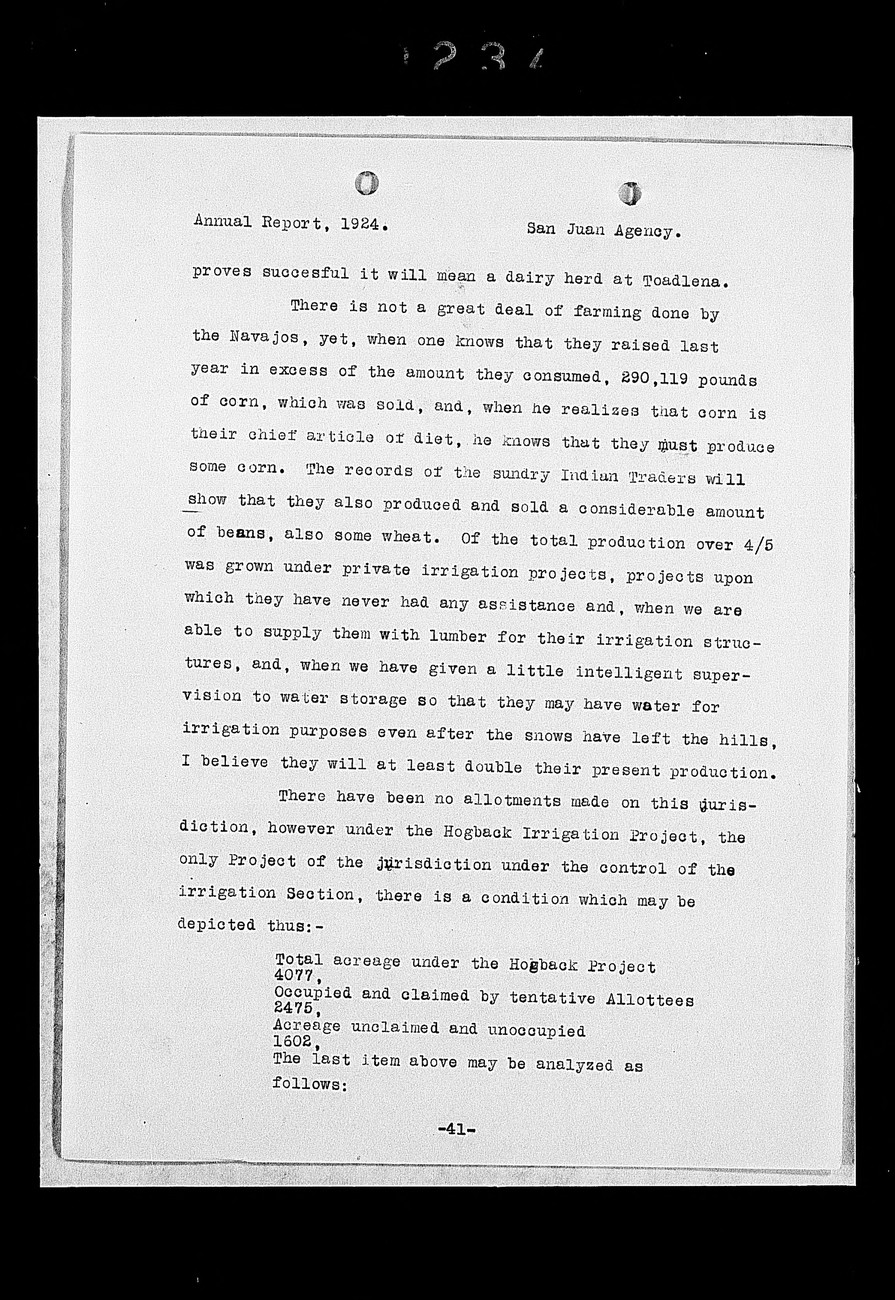 Can you help improve this?
Annual Report, 1924. San Juan Agency proves succesful it will mean a dairy herd at Toadlena . There is not a great deal of farming done by the Navajos, yet, when one knows that they raised last year in excess of the amount they consumed , 290, 119 pounds of corn , which was sold, and, when he realizes that corn is their chiet article or diet, he knows that they must produce Some c Orn. The records oT the sundry Indian Traders will show that they also produced and sold a considerable amount of beans, also some wheat. Of the total production over 4/ 5 was grown under private irrigation projects , projects upon which they have never had any assistance and, when we are able to supply them with lumber for their irrigation s truc tures, and, when we have given a little intelligent super vision to water storage so that they may have water for irrigation purposes even after the snows have left the hills, I believe they will at least double their present produc tion There have been no allotments made on this juris diction , however under the Hogback Irriga tion Project, the only Project of the jurisdiction under the control of the irrigation Section , there is a condition which may be depicted thus:- Total acreage under the Hogback Project 4077 Occupied and claimed by tentative Allottees 245 Acreage unclaimed and unoccupied 1602 The last item above may be analyzed as follows 4l