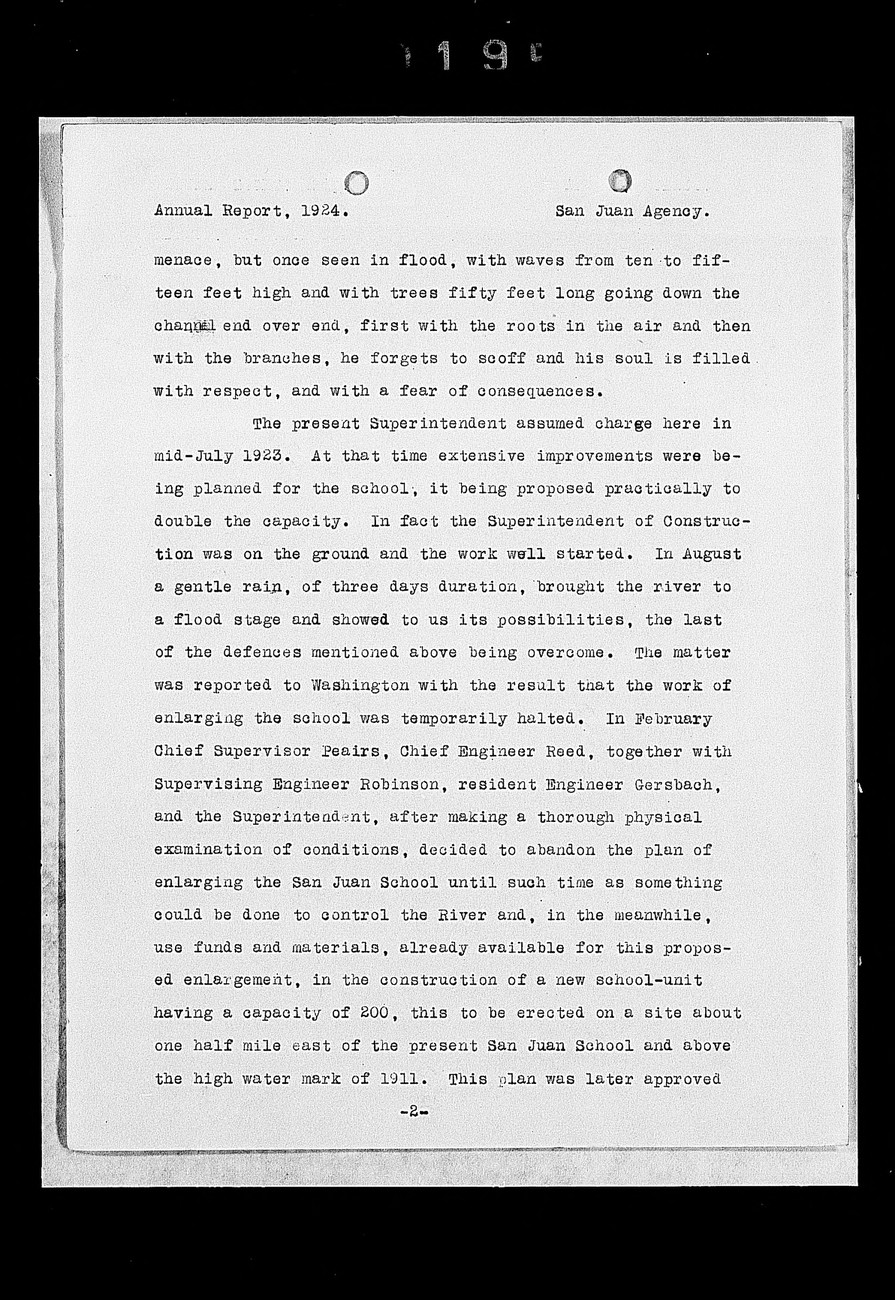 Can you help improve this?
Annual Report, 1924. San Juan Agency menace, but once seen in flood, with waves from ten to fif. teen feet high and with trees fifty feet long going down the channel end over end, first with the roo ts in the air and then with the branches, he forgets to scoff and his soul is filled with respect, and with a fear of consequences The preseat Superintendent assurned charge here in mid- July 1923. At that time extensive improvements were be ing planned for the school, it being proposed practically to double the capacity. In fact the Superintendent of Cons true tion was on the ground and the work wall s tarted. In August a gentle rain, of three days duration, brought the river to a flood s tage and showed to us its possibilities, the last of the defences mentioned above being overcome. The matter was repor ted to Washington with the result that the work of enlarging the school was temporarily halted. In February Chief Supervisor Peairs, Chief Engineer Reed, together with Supervising Engineer Robinson, resident Engineer Gersbach, and the Superintendent, after making a thorough physical examination of conditions, decided to abandon the plan of enlarging the San Juan School until such time as some thing could be done to control the River and in the meanwhile use funds and materials, already available for this propos ed enlargement, iri the construction of a new school- unit having a capacity of 200, this to be erected on a site about one half mile east of the present San Juan School and above the high water mark of 191l. This plan was later approved Nostrace Response programmes are engagement Intermountaineers terrogrammers are represeason enerates across