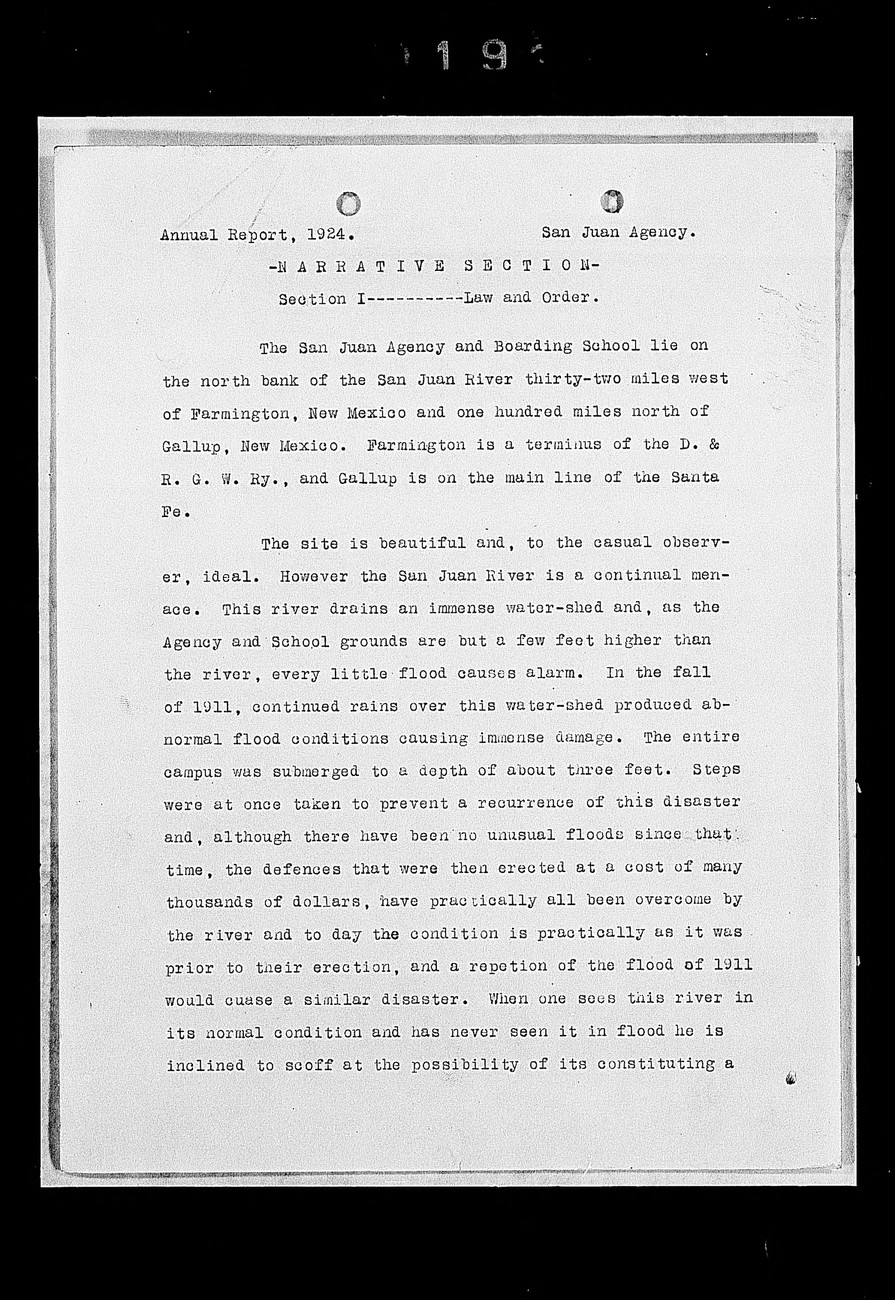 Can you help improve this?
Annual Report, 1924 San Juan Agency - N A R R A T I V E S E C T I O N- Section I---------- Law and Order. The San Juan Agency and Boarding school lie on the north bank of the San Juan River thirty- two miles west of Farmington, New Mexico and one hundred miles north of Gallup, New Mexico. Farmington is a terInius of the D.& o R. G. W. Ry., and Gallup is on the main line of the Santa Fe. The site is beautiful and, to the casual observ er. ideal. However the Sarn Juan River is a continual meri ace. This river drains an immense water- shed and, as the Age ncy and School grounds are but a few feet higher than the river, every little flood causes alarIm. In the fall of 191l, continued rains over this we ter- shed produced ab normal flood conditions causing immense Earnage. The entire campus was subInerged to a depth of about three feet. Steps were at once taken to prevent a recurrence of this disaster and, although there have been no unusual floode since that time, the defences that were then erected at a cost of many thousands of dollars, have prac tically all been overcorne by the river and to day the condition is prac tically as it wEs prior to their erection, and a repetion of the flood of 191l would cuase a sinilar disaster. Wher one sees this river in its normal condition and has never seen it in flood he is inclined to scoff at the possibility of its constituting a